Pandora has announced that their radio streaming service now has more than 200 million registered users, and out of those 200 million users, 140 million of them access the service via a mobile device.

The also revealed some other statistics about the service, they are now streaming more than 200 million songs before 10.00 am every day, and last month they played more than 100,000 unique artists and 1 million unique songs. 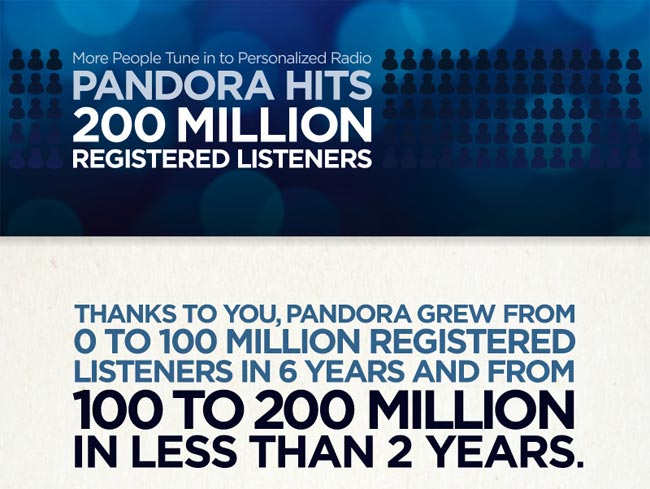 Pandora Founder Tim Westergren said, “We started this company to help people discover and enjoy music they love, and to help artists reach and grow their audiences. Only in our wildest dreams did we imagine what it would become. It is now clear that radio is changing, and that’s great news for music fans and for the tens of thousands of working artists who now have a home on the air.”

Pandora streamed 1.49 billion hours of music in March, and they had more than 69.5 active monthly users in March, which was up around 10 million from December of 2012.