The Panasonic Lumix GF6 is a Digital Single Lens Mirrorless Camera and features a 16 megapixel Live MOS Sensor, which is combined with the Venus Engine. 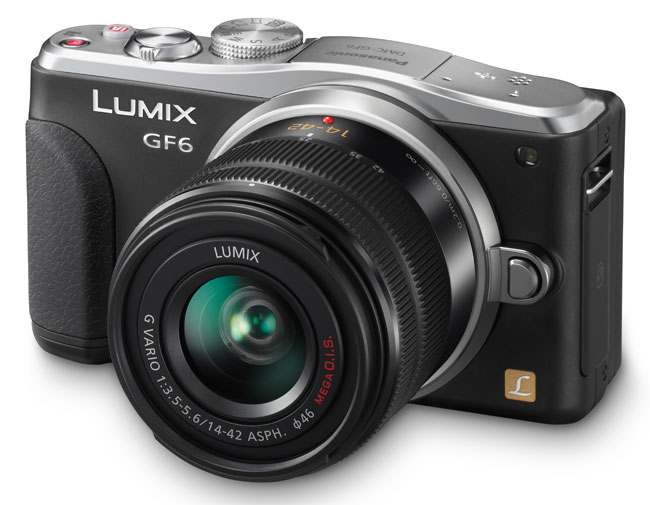 The Venus Engine has been created to provide users with high-performance signal processing and the advanced noise reduction system, with a max ISO25600. pan sonic explains a little more about their new Panasonic Lumix GF6.

“The Panasonic Lumix GF6 is not just an interchangeable lens camera but a creative magic box full of wide-ranging attractive features including the new Self Shot, Creative Panorama and Stop Motion Animation in addition to the popular Creative Control mode with a total of 19 fascinating filter effects. The Stop Motion Animation allows producing unique stop motion video and the Clear Retouch function enables to erase unwanted part of a picture after shooting – both operations completes with stunning ease in camera.”

“The Panasonic Lumix GF6 records 1920 x 1080 at 60i (60 Hz) / 50i (50 Hz) full-HD video in AVCHD with high quality stereo sound. The P/A/S/M mode in video recording is also available for more expressive creation of motion picture footage. The combination of the new Live MOS Sensor and the Venus Engine achieves ISO3200 (Auto) and max. ISO25600 (Extended). The Low Light AF in Panasonic Lumix GF6 gains higher performance in such as moonlight even without AF assist lamp to set focus on the subject more precisely.”

Other features of the Panasonic Lumix GF6 include wireless connectivity and Near Field Communication (NFC) support, allowing you to connect to tablets, smartphones and laptops without the need for cables, making sharing much easier. The Panasonic Lumix GF6 will be arriving in stores next month priced at around $680.