Panasonic launched the new Lumix GF2 earlier this year, and now it seems Panasonic has the next model ready to go and we can expect it to be announced soon as it has appeared in a leaked video.

The guys over at 43 rumors spotted the new GF3 in an official Panasonic video which has now been removed, and according to 43 rumors it will feature a 16 megapixel sensor, plus a touchscreen that is used to control the majority of the cameras functions. 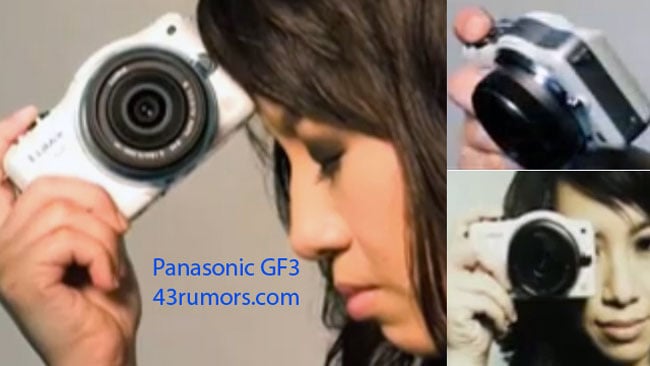 As soon as we get some more information on the new Panasonic Lumix GF3, including full specifications we will let you guys know.