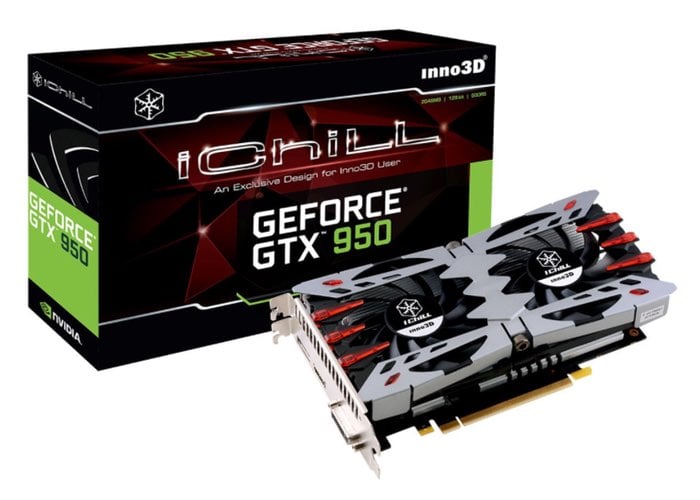 This week Inno3D has introduced its custom-design factory-overclocked iChill GeForce GTX 950 graphics card, although unfortunately no pricing or availability has been announced as yet by the company.

Features of the new iChill GeForce GTX 950 include a compact custom-design PCB, combined with a 4-phase VRM, which draws power from a 6-pin PCIe power connector.

The cooling solution on the Inno3D iChill GTX 950 consists of a monolithic aluminium heatsink with a copper core making contact with the GPU die, which is ventilated by a pair of 80 mm “HerculeZ” fans. These fans are suspended on a metal cooler shroud, which is detachable by unfastening thumb-screws that hold it to the heatsink; letting you easily clean the heatsink below. Inno3D could seek a small premium for this card. 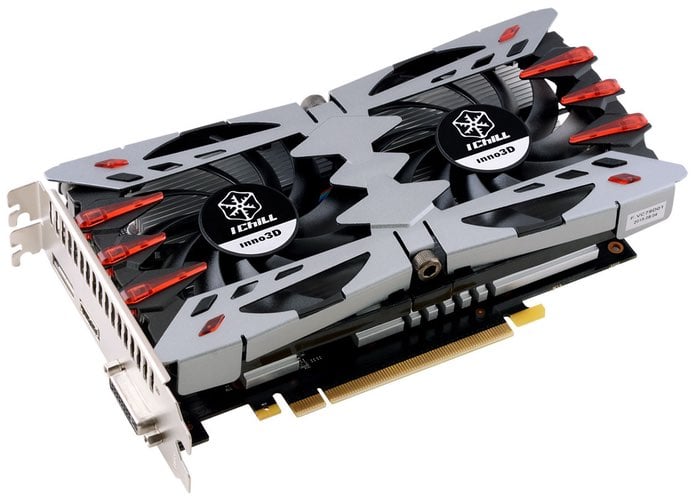 As more details on pricing are announced we will keep you updated.