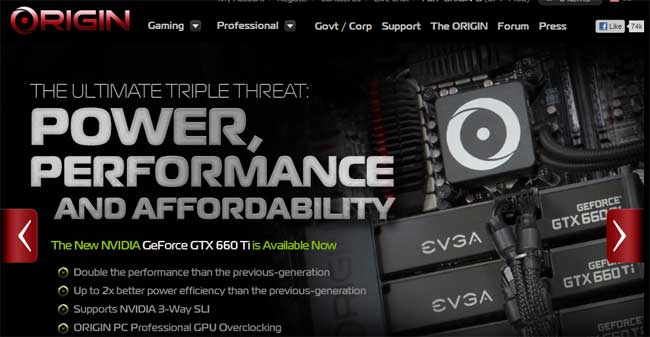 Both of these video cards are based on Nvidia’s Kepler architecture and promise a new level of affordability and performance. The GTX 660 offers 960 Nvidia CUDA cores and 2 GB of GDDR5 graphics memory. The video card offers dual DVI connectors and can be professionally overclocked from the factory.

The GTX 650 features 384 Nvidia CUDA course and 1 GB of GDDR5 graphics memory. This video card can also be purchased with professional GPU overclocking direct from Origin. Both of the video cards support Nvidia PhysX and 3D vision.