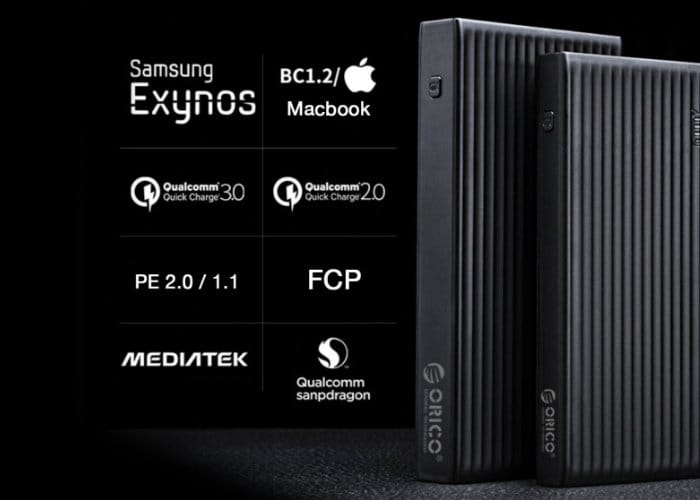 Anyone searching for a fast way to charge up their mobile devices including Android smartphone and tablets and Apple’s latest iOS devices such as the new iPhone X, iPhone 8 and iPhone 8 Plus. May be interested in a new affordable fast charging battery pack called the Orico. Check out the demonstration video below to learn more about the charging capabilities of the Orico which this week launched via Indiegogo with the aim of raising the required funds to make the jump into production.

Offering a massive 20,000 mAh battery the fast charging battery pack is available to super early bird backers from just $34 with delivery expected to take place during May 2018. Offering 18W of fast charging power and equipped with 3 x USB-C ports the small battery pack is capable of charging compatible devices from flat to 50 percent in just 30 minutes and support seven charging protocols.

Orico has been constructed to include the latest Qualcomm Quick Charging (QC 3.0) technology enabling the battery pack to charge Android devices four times faster than a conventional charger. For more information and full specifications jump over to the Indiegogo crowdfunding website by following the link below. Early bird pledges are available in limited quantities so if you are interested in getting your hands on one of the very first Orico fast charging battery packs off the production line don’t delay.