Raspberry Pi owners looking to use higher voltages with their mini PC, might be interested in this new opto-isolator board called the Opto-pi which has been specifically designed to be used with the awesome Raspberry Pi mini PC. 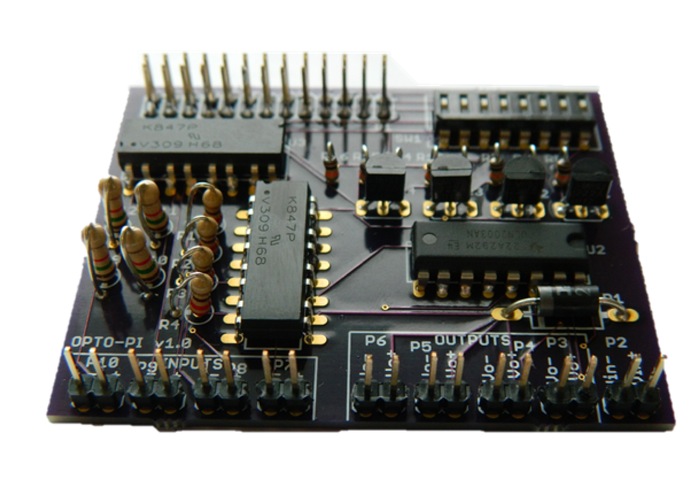 The Opto-pi has been created by Glabster and was created due to the owners issues he encountered adding higher loads to his Raspberry Pi mini PC, as he explains:

“I found myself creating circuits to interface the Raspberry Pi to higher current loads and higher voltages.  I wanted a simple, flexible, and quick way to connect the Raspberry Pi to motors, relay coils, high power LED’s and more.  So, opto-pi was created. Opto-pi plugs directly into the 26-pin header on the Raspberry Pi, making installation quick and your projects neater.

Features of the Opto-pi opto-isolator board for the Raspberry Pi include :

The Opto-pi project is currently over on the Kickstarter crowd funding website looking to raise enough pledges to make the jump from concept to production. So if you think Opto-pi is something you could benefit from, visit the Kickstarter website now to make a pledge and help Opto-pi Opto-Isolator Board for the Raspberry Pi become a reality.