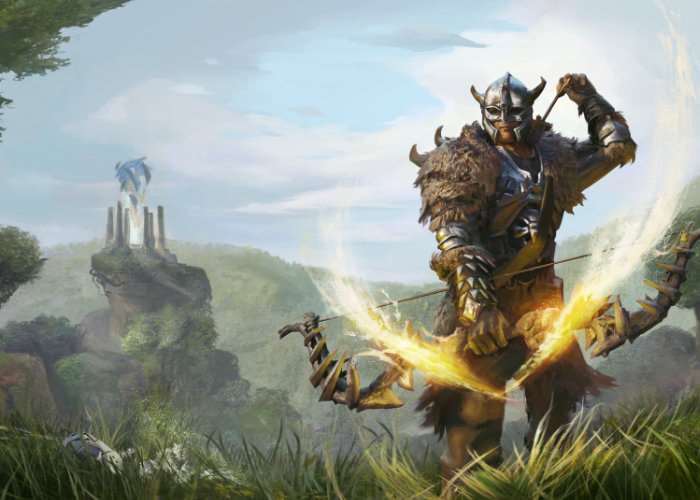 The post-apocalyptic science fiction RPG takes place in the world where a powerful resource called Elex is capable of providing people with magic powers mixing both futuristic and mediaeval locations as well as many weapons such as swords with guns and magic.

Check out the gameplay trailer below to learn more about what you can expect from this new role-playing adventure which is now available to purchase from online retailers and is download stores. Features of Elex include :

• ELEX is an action, role-playing open world game set in a brand new, post-apocalyptic, Science-Fantasy universe where magic meets mechs
• Advanced, civilized and with a population of billions, Magalan was a planet looking to the future. Then the meteor hit. Those who survived are now trapped in a battle to survive, a struggle to decide the fate of a planet
• Find a companion, choose a faction and influence the world. In ELEX there is no traditional class system. Instead you must earn the trust of experienced teachers to develop the skills you select
• From swords and axes, to bows and harpoons, ELEX offers one of the widest selections of weaponry in the history of role-playing. Shotgun, plasma rifle or flame thrower – there’s a weapon and combat style for every fighter out there
• Be it a hammer, a rocket launcher or the power of magic, ELEX balances science, fantasy and brute force to let you choose the combat style that fits your role best!
• Your attitude towards the people you meet will influence those around you. Will you make an ally or an enemy? Is now the time to show emotion or take the course of logic? Every choice will forge the future of your game
• Go where you want, choose your battles and your allies, the only thing in the world that will stop you, are the mutant creatures that live in Magalan’s Elex polluted landscapes
• Walk, run, or punch your jetpack into action, if you can see it, you can reach it. Open world role-playing has never been more open

Advanced in technology, civilized and with a population of billions, Magalan was a planet looking to the future. Then the meteor hit. Those who survived are now trapped in a battle to survive, a struggle to decide the fate of a planet. At the center of this fight is the element “Elex”. A precious, limited resource that arrived with the meteor, Elex can power machines, open the door to magic, or re-sculpt life into new, different forms.

But which of these choices should be the future of Magalan? Can technology, or magic save this world? Or will this new power destroy all those left alive amongst the ruins? ELEX is an action, role-playing open world game for PC and Consoles, developed by Piranha Bytes, creators of the award winning Gothic series and is set in a brand new, post-apocalyptic, Science-Fantasy universe where magic meets mechs.