The OnePlus One team are stepping up their marketing effort before the device gets official on the 23rd of April, we have already seen the handset compared to the Samsung Galaxy S5, and now we have it compared to the Sony Xperia Z2.

The photo below shows the OnePlus One vs the Sony Xperia @, and the two handsets specifications are compared side by side. 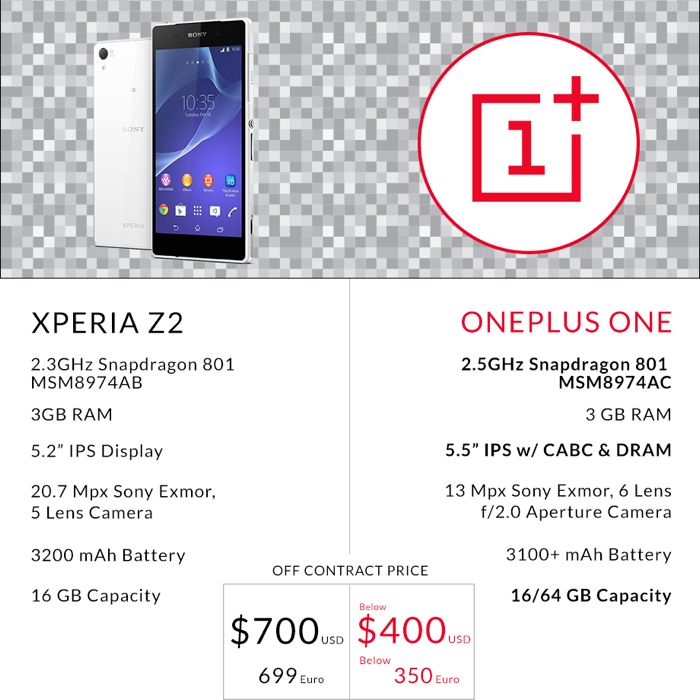 The team behind the OnePlus One have worked closesly with CyanogenMod on this new smartphones, the handset will run Cyanogen Mod 11s which is based on the latest version of Google’s mobile OS Android 4.4 Kit Kat.