Some of the hardware specifications of the highly anticipated OnePlus One were revealed by the company in the past few weeks. Last we heard, it was mentioned that OnePlus One will come with a 5.5-inch display with a smaller form factor, actually smaller than the Xperia Z1.

Recently, OnePlus’s Pete Lau took it to the forums once again, and mentioned the upcoming OnePlus One will rock a 13MP camera on the back for photos and videos. Dive in to know more about its camera technology. 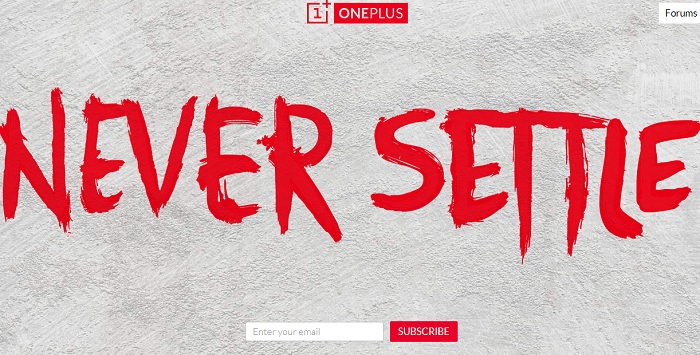 The 13MP camera is from Sony and comes with the latest Exmor IMX214 sensor with F/2.0 aperture for improve low-light photography. Lau clearly mentioned their aim is not to compete with the DSLRs, but provide users with an impressive camera that can take excellent pictures.

Other than that, the camera will be able to shoot 4K videos, slow motion videos, or shoot 120fps videos at 720p resolution which is pretty good as well. It will also feature Image Stabilization Plus which will reduce noise and shakiness in the pictures. As far as the front-facing camera is concerned, it will be 5MP.

Let’s just do a quick recall of what we know so far about the OnePlus One. The handset will rock a 5.5-inch 1080p display, a quad-core Snapdragon 800 chipset, a 3,100 mAh battery and software from the folks at Cyanogenmod. The handset is expected to see the light of the day in the second quarter of 2014.