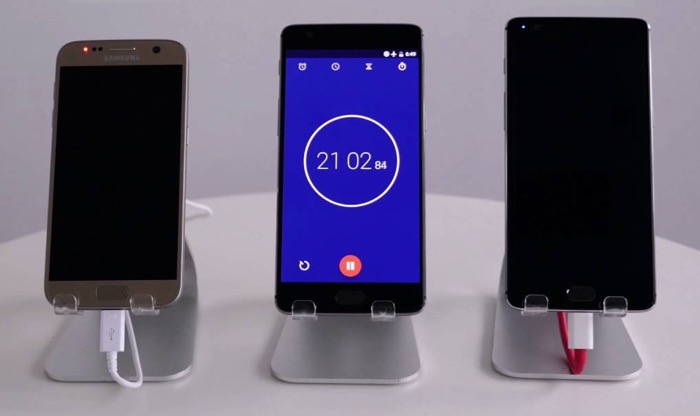 Both the OnePlus 3 and the Samsung Galaxy S7 come with a fast charging feature. Now the guys from OnePlus have put together a video with the handsets being tested to see which can charge the quickest.

The video below shows the Samsung Galaxy S7 and the OnePlus 3 being charged side by side, which one will charge the quickest? Have a look at the video below to find out.

With Dash Charge, a full battery is just a plug away. Find out just how much faster than the competition Dash Charge recharges the OnePlus3’s 3000MaH battery, as we challenge the Samsung Galaxy S7 to an epic charge-off. Can the S7 keep up with a day’s power in half an hour?

As we can see from the video the OnePlus 3 is capable of charging quicker than the Samsung Galaxy S7.