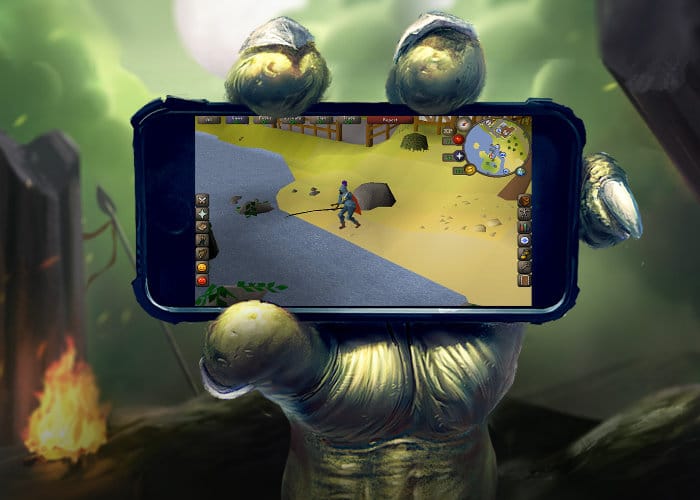 Old School RuneScape requires mobile devices to be running either iOS 10 or Lollipop/Android 5, and is now available to pre-order on the App Store and pre-register on Google Play. Old School RuneScape will be launching on both Android and iOS devices on October 30th, 2018 providing adventures directly from your mobile devices. Watch the announcement trailer below to learn more about what you can expect when you get “the whole of Gielinor in the palm of your hand”.

– Old School RuneScape’s many lore-rich quests combines epic puzzles and enchanting narrative with the nostalgic humour of point-and-click adventures. Rediscover the secret to rune magic, uncover the mystery behind the devastating plague in West Ardougne, or help Yanni Sallika with just one small favour…

– Adventure anywhere with an innovative cross-platform approach to mobile gaming, which is truly revolutionary among MMORPGs. Whether you play with mobile or desktop, you’ll be playing on the same account on the same game worlds.

– Be the first to traverse Fossil Island and uncover its lost history. Map the heated tropics of the Karamjan jungle, and brave the barren wastes of the Kharidian desert.

– Old School RuneScape is a game by the community, for the community. Participate in content polls to decide what updates the game gets. Join the thousands of player-run clans, groups, and alliances which pride themselves in being the best at defeating bosses, killing other players, or mastering different skills.

– Assert your dominance over your victims in Old School RuneScape. From quarterly Seasonal events with big cash prizes to day-to-day open-world player killing in the Wilderness, the chance to reign supreme is yours to take.