Superman fans that are looking forward to the launch of the new Man of Steel movie arriving in theatres tomorrow. Might be interested to learn that a new official iOS Man of Steel game has been released, that is now available to download for $4.99.

The Man of Steel movie is the latest superman film and has been directed by Zack Snyder, produced by Christopher Nolan, and scripted by David S. Goyer. 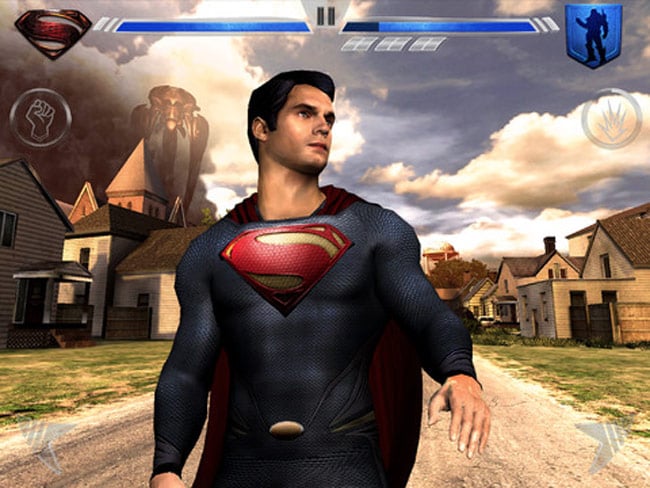 General Zod has begun the invasion of Earth and only the Man of Steel can stop him. Utilize the powers of Superman to fight your way to victory and save the planet from certain destruction.

-Attack, dodge, block, and utilize various super powers including flight, super speed, and heat vision to defeat Zod and his evil forces.
-Play through an in-depth Story Mode or set a personal high score in the intense Survival Mode.
-Battle a challenging cast of mini-bosses and technologically advanced foes featured in the film.

Download the new Man Of Steel game directly from the iTunes Store now for $4.99