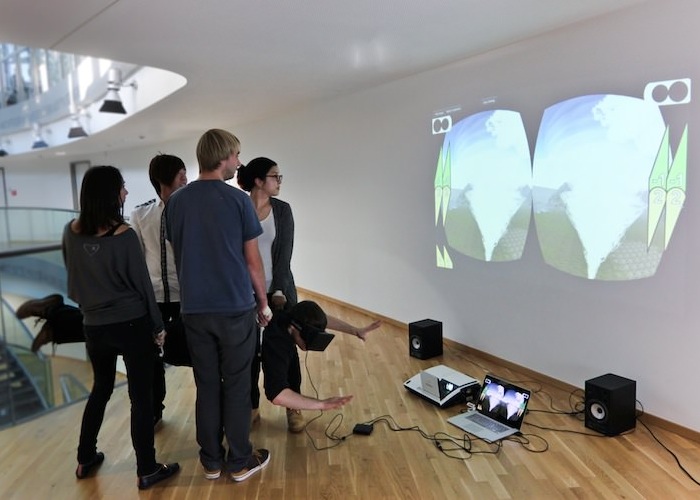 The awesome Oculus Rift virtual reality headset has been used to create an interactive experience called Haptic Turk, which is a motion platform based on people providing the movements.

Haptic Turk allows motion experience anytime anywhere as long as you have a few able bodied helpers to participate, taking the form of one or more human-actuators. Check out the video after the jump to see the system in action.

The human-actuators are guided by indicators on the screen which tell them when to manually lift, tilt and push the players limbs or torso into different positions. You can also add extra interactivity by spraying water into the participants face as in the video.

“Motion platforms are used to increase the realism of virtual interaction. Unfortunately, their size and weight is proportional to the size of what they actuate. We present haptic turk, a different approach to motion platforms that is light and mobile. The key idea is to replace motors and mechanical components with humans.

To get the timing and force right, timed motion instructions in a format familiar from rhythm games are displayed on actuators’ mobile devices, which they attach to the player’s body. “

To find out more about the new Haptic Turk research project jump over to the Hasso Plattner Institute website for details.