If you are looking forward to getting your hands on the new Oculus Rift virtual gaming headset when they become available in the near future you might be interested in a new video that has been released demonstrating a new first-person-shooter demo. 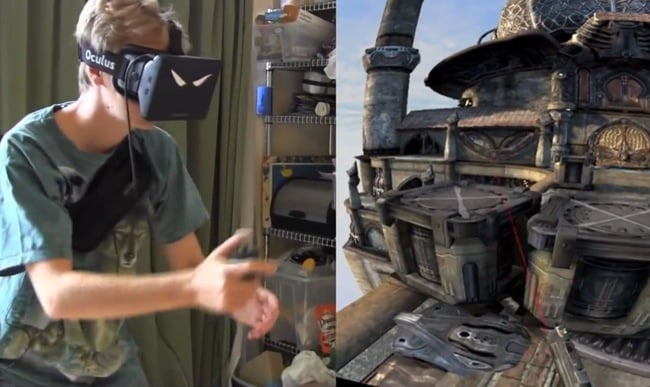 The Oculus Rift Hydra Cover Shooter demo shows how the game environment allows players to take cover behind boxes, fire around virtual cover, and rotate guns in their virtual hands. Watch the video after the jump to learn more about the Oculus Rift project and see it in action.

“Here is a complete playthrough of HydraDeck: Cover Shooter v0.2 for the Oculus Rift and Razer Hydra. I’ve uploaded this video for all of you without a Rift, if you’ve got one I suggest you just play the demo instead!”