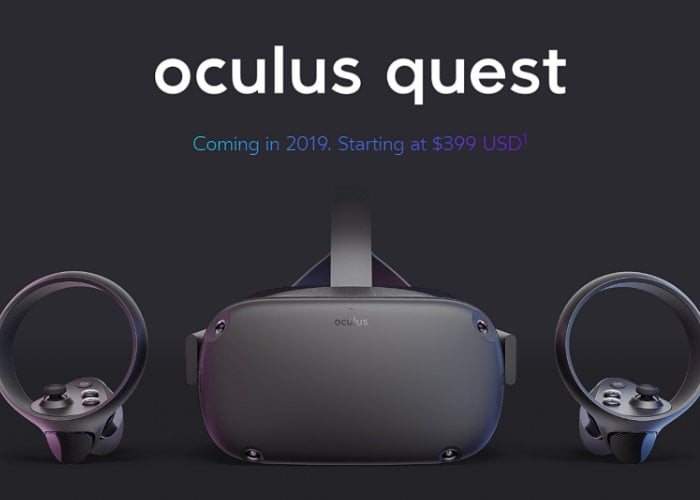 It is been revealed this week that Facebook is currently in the process of developing enterprise editions of its Oculus Quest and Go virtual reality headsets, with the aim of launching them some time during 2019. It was recently noticed that Facebook was advertising jobs for a Oculus software engineer with details explaining the company’s plans to launch enterprise editions of the Go & Quest. Job listing reads

“The AR/VR Enterprise team charter is to deliver Facebook AR and VR platforms for business.Starting with VR, we are building an Oculus Go and Oculus Quest Enterprise edition expected to launch in 2019. This effort encompasses everything from hardware integrations, software platforms, enterprise-developer ecosystems and SDKs, SLAs, and more.

Oculus is a world leader in the design of virtual and augmented reality systems. Come work alongside expert software engineers and research scientists to create the technology that makes VR and AR pervasive and universal. Are you excited about how VR and AR can change the future of work? Join us to make it a reality.

This role offers many opportunities to leverage existing skills from application and framework development to performance and systems level engineering. The primary programming environments will be Mobile focused with Android, C/C++ and Java, but additional opportunities exist to leverage React VR, JavaScript and crossovers into PC development.”

The job listing also featured other areas that Facebook is looking to develop including :

As soon as Facebook announces anything regards enterprise versions of its Oculus Quest and Go virtual reality headsets we will keep you up to speed as always. More information might possibly be revealed during this year’s Games Developer Conference (GDC) 2019 later this month or during F8 2019.