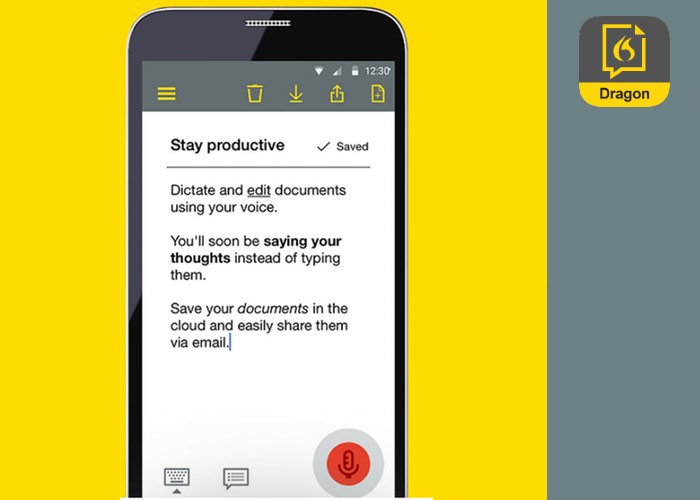 Nuance the maker of the Dragon Dictate range of voice recognition software that is available on both PC and Mac systems. Has announced the impending launch of its new mobile voice recognition application called Dragon Anywhere.

The Dragon Anywhere mobile app will be launching soon on both Android and iOS smartphones and tablets, and will enable users to dictate text rather than having to type it out.

The cloud-based Dragon Anywhere ‘professional grade’ dictation software does however require an Internet connection, and will also allow you to create your very own customised vocabularies shortcuts and commands. Watch the video below to learn more about the new Dragon Anywhere voice recognition dictation application that will soon be launching. Nuance explains more :

Maximize productivity even when you’re on the road. With the new cloud-based, Dragon Anywhere app, continue your work in the field to keep up with documentation. Dictate and edit documents of any length by voice—using your own customized vocabularies, shortcuts and commands—directly on your iOS or Android mobile device.

For more information on the new Dragon Anywhere jump over to the official website for details.