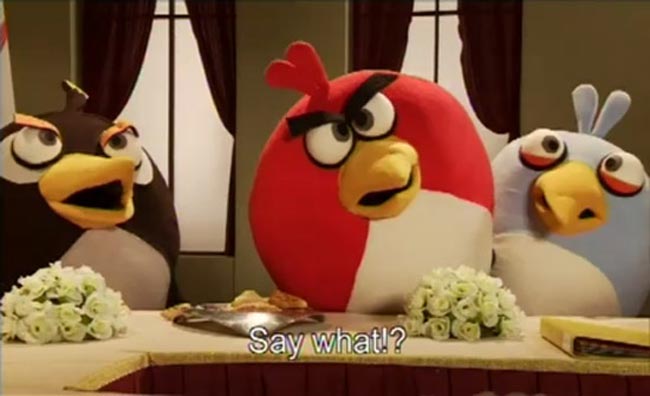 Its seems those Angry Birds and Green Pigs decided to call a truce, in attempt to sort out their differences, have a look what happened at the peace talks in this funny video. The video is NSFW as it contains swearing.