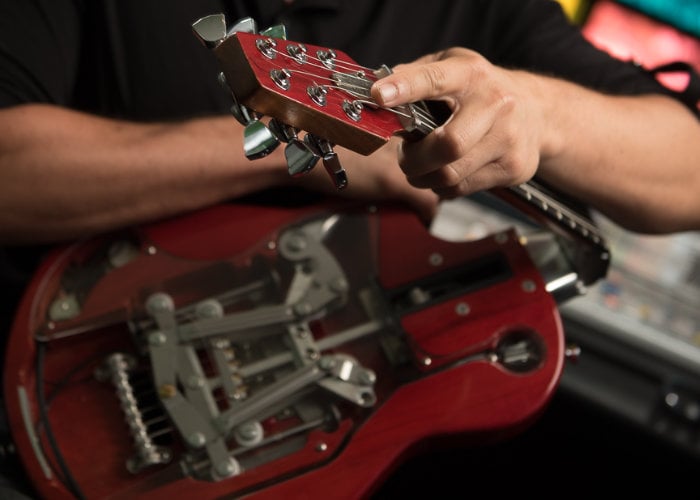 Ciari Guitars has created n new premium travel guitar called the Ascender, which can be folded down to fit in a standard backpacker travel. Watch the video below to learn more about its unique design. Offering a premium musical instrument with a patented mechanism integrated into the body of the guitar which enables owners to quickly unlock and fold the travel when required. 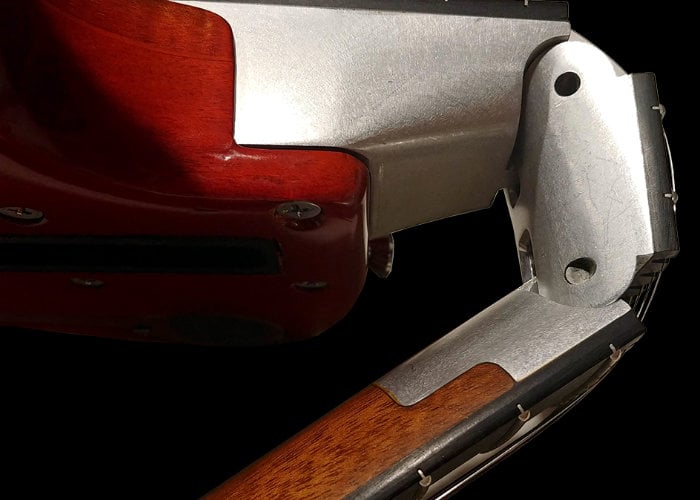 First unveiled earlier this year during NAMM in January 2019 the Ascender is now gearing up for an imminent launch at the Summer NAMM show in Nashville later this month. 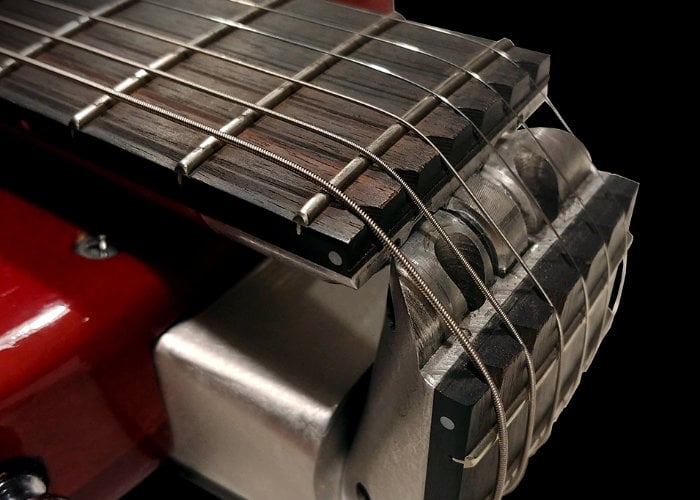 Final pricing has not yet been released but you can expect the premium travel guitar to be priced at around $3000. The team responsible for creating the Ascender explain more about its inspiration, design and construction. 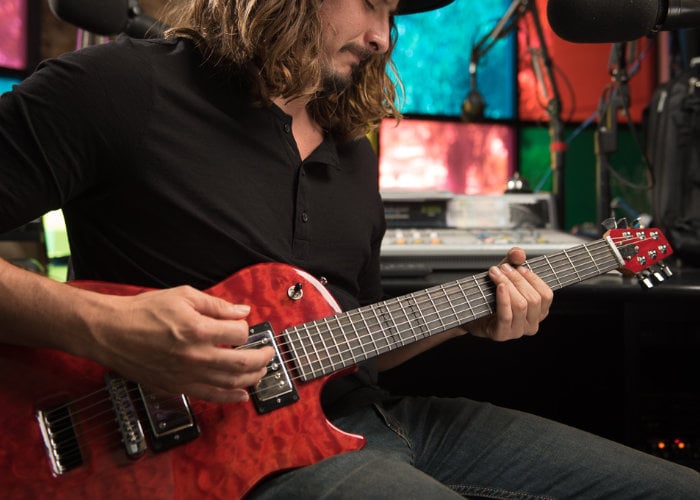 “Nothing quite compares to the anxiety-inducing experience of traveling with a guitar. And Ciari Founder and CEO, Jonathan Spangler can tell you all about it. As you are about to find out, the story of Ciari Travel Guitars came about like many of the worlds greatest inventions – out of necessity. In 2012, Jonathan Spangler was Chief Patent Counsel for a successful medical device company in San Diego, California. As an aspiring musician, he unexpectedly found himself assuming the role of bandleader for the company rock band, performing at quarterly meetings.

The intense and busy nature of his day job saw Jonathan on the road regularly, leaving little free time to practice the set list for each performance. He had no choice but to bring a guitar with him wherever he flew, and practice in his hotel room in between meetings. This is where Jonathan experienced first hand, not only the pain points of traveling with a guitar but finding a product that met his needs.

After months of searching, Jonathan quickly discovered that he was looking for something that simply didn’t exist; a real, full-sized, gig-ready guitar, packed full of features, that could be quickly and conveniently packed down into a footprint that could fit under a plane seat. Frustrated, Jonathan was inspired by his experiences with guitar air travel, as well as his own advice to entrepreneurs: “If you don’t like the available options, make what you want and maybe others will want it too.” Enter Ciari Guitars, and their first offering to the guitar playing fraternity, the Ascender; the worlds first premium travel guitar.”