The patents in question relate to technology which is used to enhance speech and data transmission and antenna innovations for compact devices. 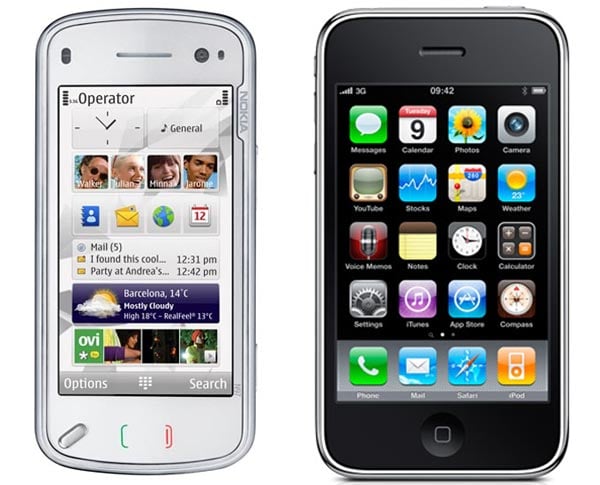 “Nokia has been the leading developer of many key technologies in mobile devices” said Paul Melin, General Manager, Patent Licensing at Nokia. “We have taken this step to protect the results of our pioneering development and to put an end to continued unlawful use of Nokia’s innovation.

This is the second lawsuit from Nokia against Apple, all of which seem to revolve around the iPhone and iPad as well as a previous one relating to Apple iPod’s.

Apple are also in the process of suing HTC relating to iPhone patents, it seems like all the major mobile phone manufacturers are suing each other at the moment, and it all relates to competitive smartphones.

Nokia sues Apple in Wisconsin for infringement of Nokia patents
May 07, 2010

Espoo, Finland – Nokia announced that it has today filed a complaint against Apple with the Federal District Court in the Western District of Wisconsin, alleging that Apple iPhone and iPad 3G products infringe five important Nokia patents.

The patents in question relate to technologies for enhanced speech and data transmission, using positioning data in applications and innovations in antenna configurations that improve performance and save space, allowing smaller and more compact devices. These patented innovations are important to Nokia’s success as they allow improved product performance and design.

“Nokia has been the leading developer of many key technologies in mobile devices” said Paul Melin, General Manager, Patent Licensing at Nokia. “We have taken this step to protect the results of our pioneering development and to put an end to continued unlawful use of Nokia’s innovation.”

During the last two decades, Nokia has invested approximately EUR 40 billion in research and development and built one of the wireless industry’s strongest and broadest IPR portfolios, with over 11,000 patent families. Nokia is a world leader in the development of handheld device and mobile communications technologies, which is also demonstrated by Nokia’s strong patent portfolio.