When it comes to Windows Phone 8 handsets, users don’t have a choice of vendor as Nokia is currently dominating that arena with its Lumia devices. If you are planning on getting a Windows Phone 8 device and don’t want to shed too much cash, take a look at the deal AT&T is offering.

The carrier is offering Nokia Lumia 920 32GB for just 99 cents if you sign a two-year contract with the American carrier. Nokia Lumia 920 was the flagship device of the company when it launched, and brought some decent set of specifications at the table with excellent camera capabilities. The handset is available in three colors: black, red and yellow. 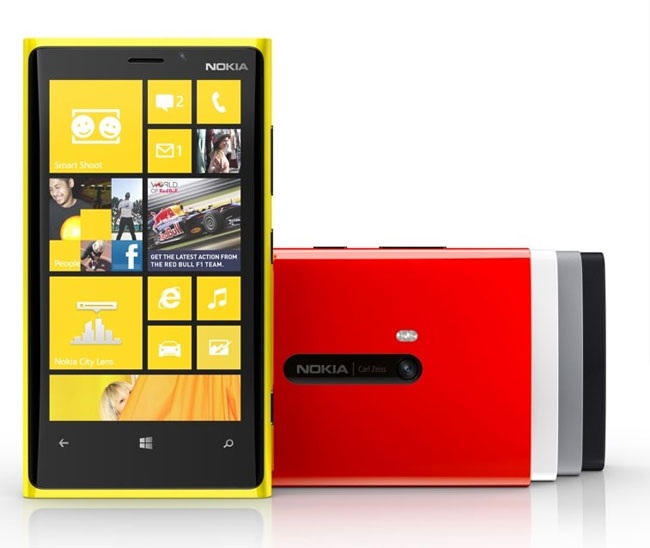 Back in August, AT&T dropped the price of Nokia Lumia 920 from $99 to $49. Now, the carrier is offering an irresistible deal that many of you cannot ignore. The handset is now available for just a dollar with a two-year contract and $439.99 without contract, which is $10 more than the later Lumia 925. But, this shouldn’t be a problem if you are planning to get the Lumia 920 on-contract as its successor costs $99.99 with two-year agreement. 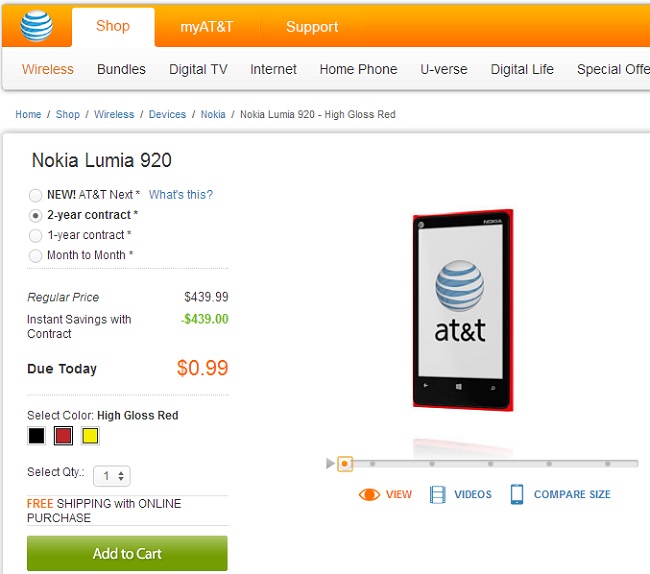 This might be a sign that AT&T is planning to add new products to its Windows Phone portfolio. Yes, you know what I’m talking about – Nokia Lumia 1520. It is rumored that Nokia Lumia 1520 will see the daylight on October 22nd and may hit AT&T in November with a $699 price tag off-contract. There are no details available about the on-contract pricing at the moment.

Additionally, rumors suggest that Nokia is planning to launch six new devices including Nokia Lumia 2520 Windows RT tablet at the event that will take place in Abu Dhabi later this month.