Earlier today, Nokia posted a teaser for its Innovation Reinvented event, which specifies that the event is scheduled to take place in Abu Dhabi. Up until now, the rumor mill suggested that Nokia will unveil Lumia 1520 and Nokia Windows RT tablet known as Lumia 2520 at the event next month. Now, a new rumor suggests that the Finnish OEM will launch six new devices at the October 22nd event. 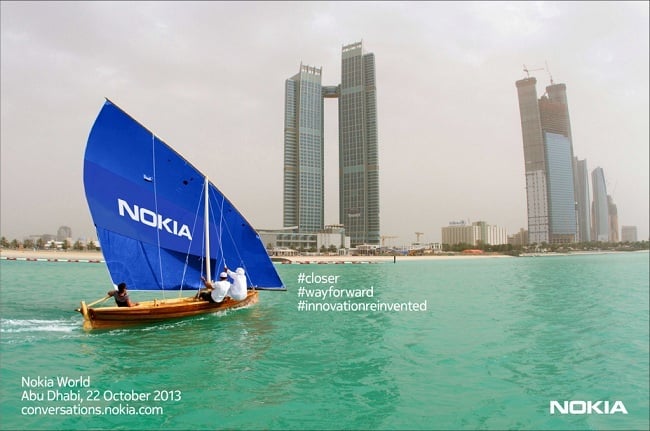 The Verge reports, citing sources familiar with Nokia’s roadmap, that Nokia will launch six new devices next month, including two Lumia devices and a whole new range of accessories. However, the spotlight should be on Nokia Lumia 1520 as it’s expected to be the first Windows Phone 8 phablet that comes with a quad-core processor and 1080p display.

According to The Verge,

Nokia’s Innovation Reinvented event in Abu Dhabi next month will host the launch of at least six new devices from the Finnish company, including at least two new Lumias. This information comes from sources familiar with Nokia’s roadmap, who also tell The Verge that there’ll be a range of new accessories, and that one of them will be “pretty special.”

We’re wildly guessing that the second Lumia device will be the Windows RT tablet. There is no news about the remaining four devices that are expected to see the daylight on October 22nd, but the rumors should start pouring in very soon. Stay tuned, we’ll update you if anything pops up.