Last week, the folks at Nokia posted a teaser on their Twitter timeline about the much-awaited October 22nd event, where the company is expected to unveil its first Windows Phone 8 phablet – Nokia Lumia 1520. Now, the Finnish OEM posted another teaser suggesting that the event will take place in Abu Dhabi, UAE on 22nd October – something which @evleaks suggested after the first teaser. 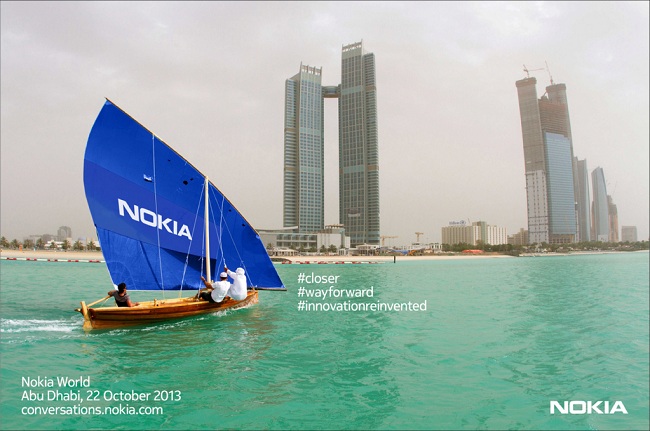 At the event, the company is rumored to launch Nokia Lumia 1520, the first Windows Phone 8 phablet that will bring top of the lines specifications to the operating system. Nokia Lumia 1520 is expected to feature a quad-core Snapdragon 800 SoC, 6-inch full HD display with 1080p display, 2GB RAM, 32GB storage with microSD card slot and will run Windows Phone 8 GDR3 on top of it.

The excitement is building up, and I don’t think there is anything left for us to know about the upcoming phablet. Nokia is also expected to launch Windows RT Sirius tablet known as Lumia 2520. Stay tuned, we’ll update you if anything comes up.