Nokia Lumia 2520 has seen its fair share of rumors. It was rumored that the tablet will make an appearance on Verizon in October. Recently, Nokia also posted another teaser of its upcoming Nokia World event on October 22nd where the Finns are expected to unveil the highly anticipated Nokia Lumia 1520 and Nokia 2520 Windows RT tablet along with foud other devices.

Now, an unofficial press render of the purported Nokia Lumia 2520 tablet emerged from Twitter, courtesy of the notorious Twitter leaker @evleaks. The guy has a very decent track record of leaking unreleased devices and revealed many details about the upcoming Nokia devices, so we can take his word with a pinch of salt. 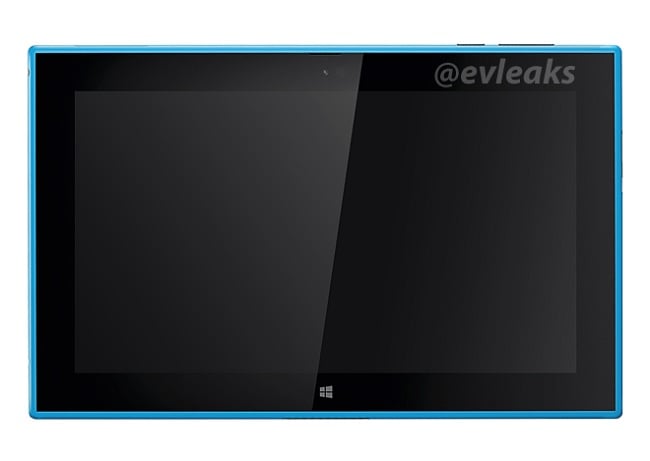 The purported Nokia Lumia 2520 tablet is expected to ship with a 10.1-inch full HD display boasting a resolution of 1920 x 1080 pixels. Other specifications include a quad-core Snapdragon 800 chipset with a clock speed of 2.15GHz, 2GB RAM, 32GB internal storage, 6.7MP camera with Carl Zeiss optics, WiFi, Bluetooth, USB ports, detachable keyboard, WiFi, micro HDMI port and will run Windows RT on top of it. The tablet is rumored to launch in four colors – black, white, red, and the cyan.

The tablet is expected to see the daylight on 22nd October in Abu Dhabi, the same place where the Finns are expected unveil six new devices including the highly anticipated Nokia Lumia 1520 phablet, Lumia 2520, 5-inch Lumia 929 and a few more.

Within few weeks, we will find out how much truth lies in all these rumors. Nokia is also expected to broadcast the event online so that people who are unable to make it to the event can get all the news. We’ll be on our toes as well and will update you about all the products that are launched in Abu Dhabi.