The Nokia Lumia 1520 is Nokia’s new Windows Phone Phablet, we have already seen a number of leaked photos of the handset, plus some press renders, and now we have some more photos of the device.

Nokia are holding a press event on the 22nd of October, they are expected to announce a number of devices at the event, one of those will be the Nokia Lumia 1520. 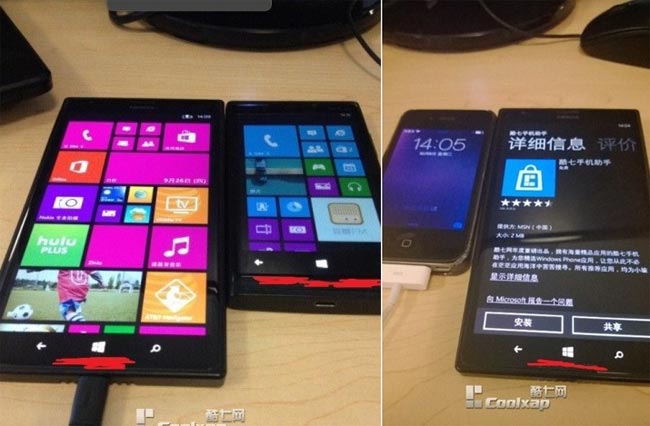 The Nokia Lumia 1520 will be Nokia’s first large screen Windows Phone handset, the device is said to feature a 6 inch full HD display with a resolution of 1920 x 1080 pixels.

The Lumia 1520 will come with Windows Phone GDR3, and it will be powered by Qualcomm’s flagship processor, the Snapdragon 800 Pro, which is a quad core processor with a clock speed up to 2.3GHz.

The handset is also expected to come with at least 2GB of RAM, and it will feature one of Nokia’s PureView cameras, that is said to come with a 20 megapixel sensor and Carl Zeiss Optics.

It certainly sounds like an interesting device from the various specifications we have heard, we should have more information on the device later this month.

As soon as we get some more details on the new Nokia Lumia 1520, including confirmation of the handsets specifications, and some decent photos we will let you guys know.