Yesterday we saw a photo of what was believed to be a Nokia Windows 8 tablet, the photo can be seen below and it was taken at a Nokia event in Pakistan, Nokia has now announced that the tablet pictured is not a Nokia device.

You can see the statement from Nokia below, who claim that the photo of the device is actually of a generic Windows 8 tablet alongside a Nokia Windows Phone and not a Nokia device. 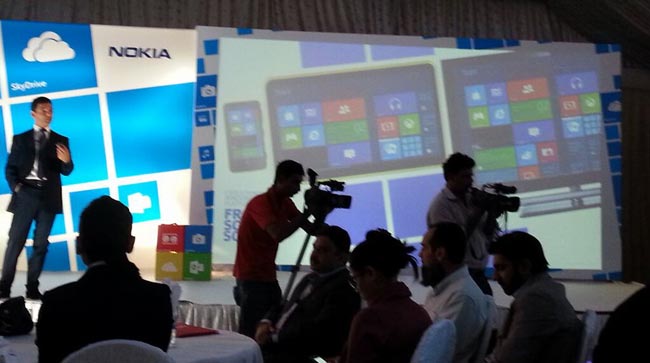 That’s not a leak. That is a picture that simply shows WP UI alongside Win8 Tablet UI alongside Xbox UI. They are not Nokia specific products.

We wonder if Nokia will be unveiling a Windows 8 tablet at Mobile World Congress later this month, as soon as we get some more information we will let you guys know.