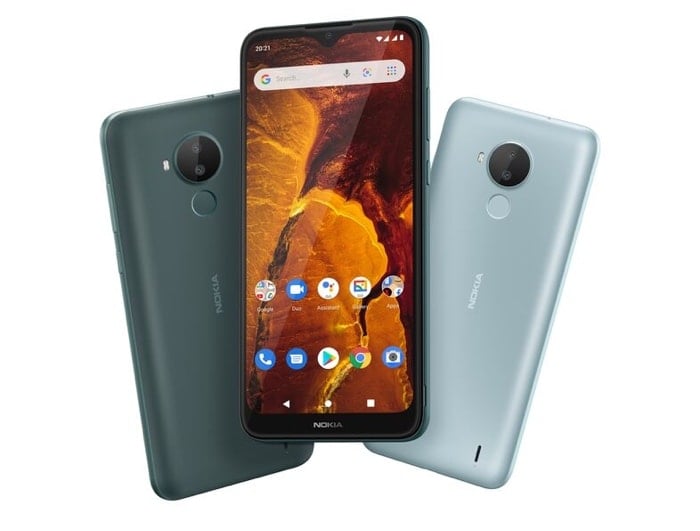 We just saw the new Nokia XR20 and now we have details on another Nokia device, the Nokia C30 which was also unveiled. We have heard about the device previously as it turned up at the FCC last month.

The new Nokia C30 comes with a 6.82 inch display with a HD+ resolution and the handset is powered b y an octa core processor.

The device comes with 2GB of RAM and 32GB of storage, there is also a microSD card slot which will take up to a 256GB card.

The handset comes with a 6000 mAh battery which will apparently give you up to three days of usage and it has a range of cameras.

On the front of the handset there is a 5 megapixel camera designed for making video calls and taking Selfies. On the rear of the device there is a 13 megapixel main camera and a 2 megapixel depth camera.

The new Nokia C30 comes with Android 11 Go edition and it will come with at least two years of OS updates, the handset comes in a choice of two colors Green or white and you can find out more details about the handset over at Nokia at the link below. The device will be available in the UK on Three in September and it will cost £99.