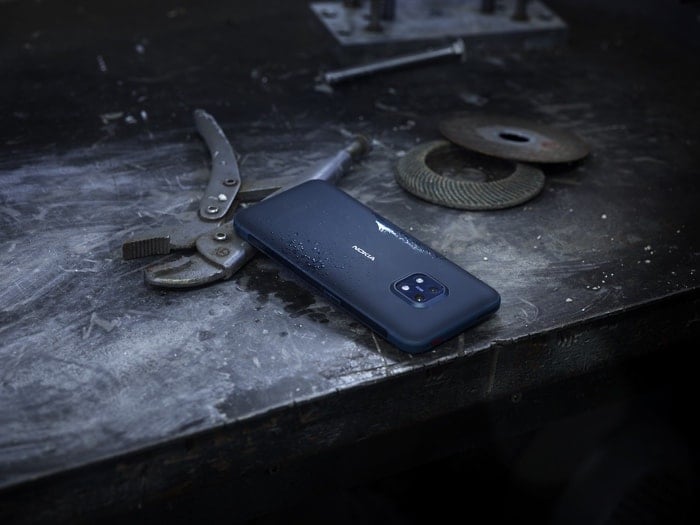 Nokia has announced the launch of a new rugged smartphone, the Nokia XR20 and the handset comes with a MIL-STD-810H military rating.

This means that the handset is designed to be rugged and it comes with a 6.67 inch display wioth a FHD+ resolution of 2400 x 1080 pixels.

If you need some extra storage then there is a microSD card slot which will take up to a 512GB card and it comes with a range of cameras.

On the front of the new Nokia XR20 there is an 8 megapixel camera which is designed for taking Selfies and making video calls. On the rear of the handset there is a 48 megapixel main camera and a 13 megapixel ultrawide camera.

The handset comes with Android 11 and HMD Global have announced that the device will get three years of OS upgrades.

Nokia are now offering the new XR20 rugged smartphone in the UK with prices starting at £399 for the 4GB of RAM model and £449 for the 6GB of RAM model. What is also interesting is that the handset comes with a free screen replacement in the first year.