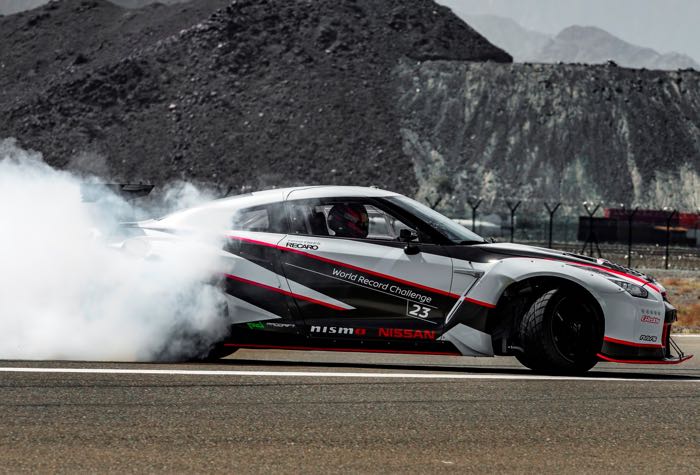 Nissan has managed to claim the Guinness World Record for the worlds fastest drift with their Nissan GT-R.

The company used a Nissan GT-R which was tuned by Nismo specialists to 1380 horsepower, have a look at the video below. 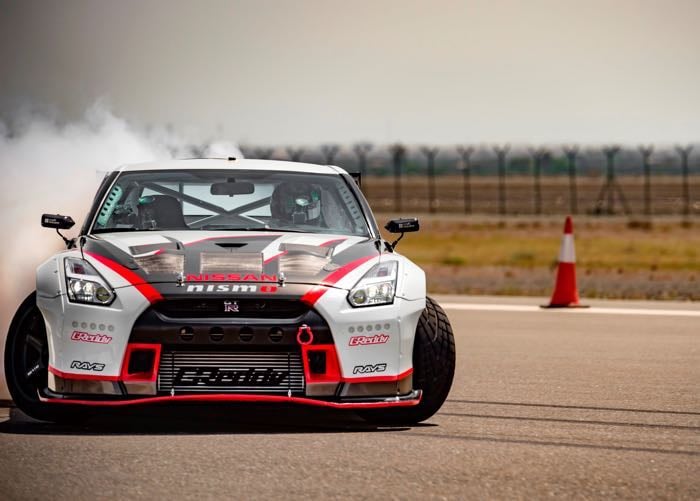 “Once again, Nissan has broken a GUINNESS WORLD RECORDS title and has made international history for the fifth time in the Middle East,” said Samir Cherfan, Managing Director of Nissan Middle East. “The Nissan GT-R is one of the world’s most iconic supercars, proving time and again the incredible breadth of its capabilities, and has clearly demonstrated its performance leadership by beating the best drift cars out there. The fact that this achievement was set here in the UAE makes it even more special for our region. Setting this incredibly difficult world record was a clear demonstration of the excitement we are bringing to the Middle East with the Nismo brand.”

The worlds fastest drift was performed at an impressive speed of 304.96 km/h, this is considerably faster than the previous world record for a drift which was at 87 km/h. You can find out more details over at Nissan at the link below.