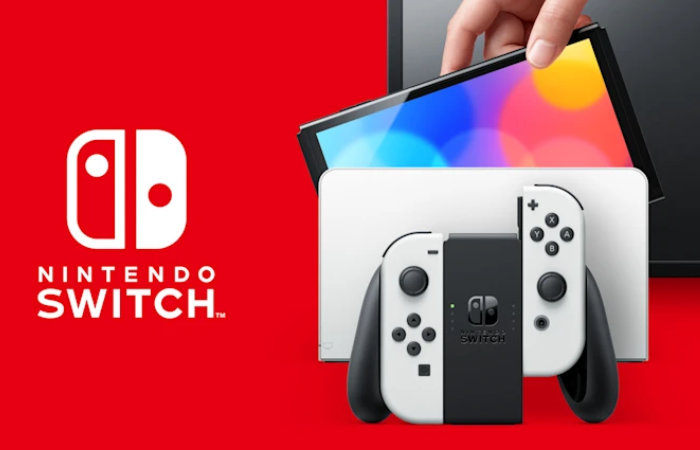 Nintendo has this week launched their new Nintendo Switch OLED handheld games console which features a 7 inch OLED screen, a wide adjustable stand, a dock with a wired LAN port, 64 GB of internal storage, and enhanced audio. But it isn’t the “Pro” version of the Switch we were expecting from Nintendo. If you’d like to learn more about the new features and also what is missing from the latest Switch handheld check out the video created by the Digital Foundry team below, in which the team discusses their thoughts on the new Nintendo console which will be launching later this year on October 8th 2021 priced at $350.

“John Linneman and Rich Leadbetter sit down to discuss their initial thoughts on the Switch OLED version – and it’s not the enhanced, next-gen ‘Pro’ model you may have been expecting. We’ve talked in the past about how an OLED-based product refresh was the most likely scenario – and that’s exactly what Nintendo has delivered, with a twist or two.”

“Designed to be played at home or on-the-go, featuring a vibrant 7-inch OLED screen with vivid colours. Nintendo Switch (OLED model) will launch 8th October on My Nintendo Store at £310 or $350, giving players another option for how they want to play the vast library of games on Nintendo Switch.”