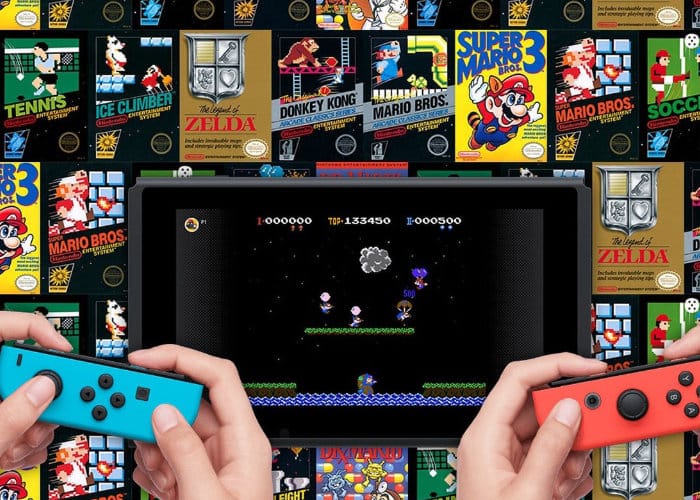 Soon the new Nintendo Switch Online Service will be rolling out for Nintendo Switch owners to enjoy, and this week Nintendo has released more details about what you can expect from the retro NES games that will be made available. Confirming that NES games on Switch will come with a slew of additional features, including special save states, HD resolution, and filters.

Nintendo Entertainment System – Nintendo Switch Online: Subscribers will have access to NES – Nintendo Switch Online, a compilation of classic NES games. The collection will initially include 20 games, with more added on a regular basis. At launch, previously announced games Balloon Fight, Dr. Mario and Super Mario Bros. 3 will be joined by Donkey Kong, Ice Climber, The Legend of Zelda, Mario Bros., Soccer, Super Mario Bros. and Tennis. An additional 10 launch games will be announced in the future.

For the first time ever, players will be able to enjoy these classic NES games online. Depending on the game, players can engage in online competitive or co-op multiplayer, or take turns controlling the action. Friends can even watch each other play single-player games online, and “pass the controller” at any time. Every classic NES game will support voice chat via the Nintendo Switch Online smartphone app*. It will also be possible to play these games offline.

– Online Play: A Nintendo Switch Online membership will be needed to participate in co-op and competitive online features for many current and upcoming Nintendo Switch games, such as Splatoon 2, Mario Kart 8 Deluxe, ARMS, Mario Tennis Aces and Sushi Striker: The Way of Sushido.