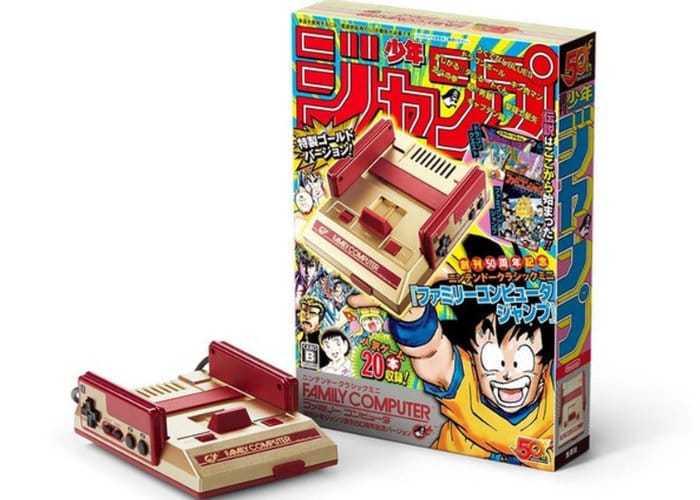 Nintendo is preparing to make a new special edition Famicom Mini games console available in Japan during July which will be preloaded with manga games. The Famicom is the original Japanese version of the NES and was first released back in 1983. Nintendo is also releasing the special miniature console to mark the 50th anniversary of manga magazine Weekly Jump. 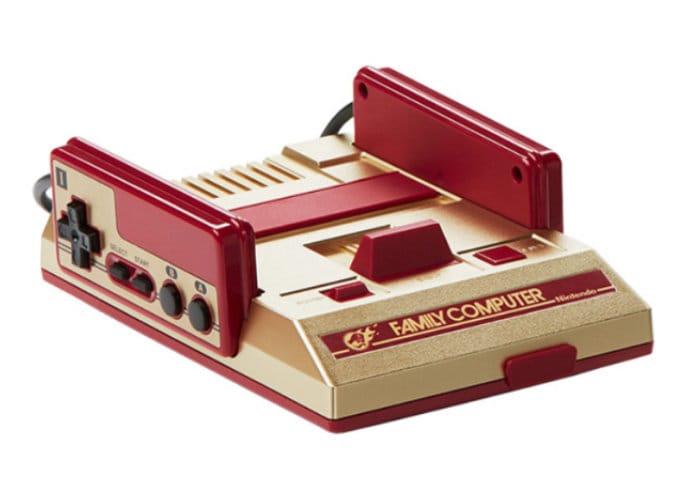 The gold coloured Nintendo Classic Mini Famicon features twenty Famicom games that were based on Weekly Jump manga. Nintendo also announced this week that the NES Classic mini games console preloaded with 30 classic Nintendo games will be back in stock on June 29th 2018 and available to purchase for $60. 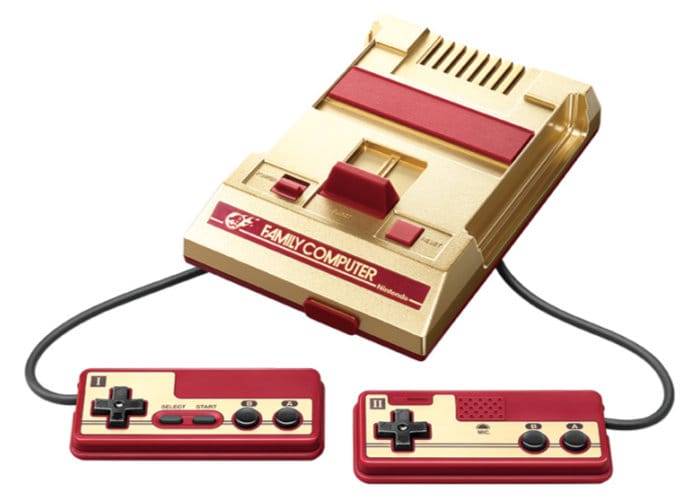 Priced at 7,980 yen or roughly $73, the manga-themed Famicom Mini Games console will be available to purchase from July 7th in Japan.The two wired controllers can be neatly stored on the sides of the console for easy access when you fancy a gaming session. The retro styling of the original Nintendo games console has been kept intact even in its miniature form and now offers fans a gold special edition to adorn their games room. As soon as more details regards a wider rollout are confirmed by Nintendo or leaked we will keep you up-to-date as always.