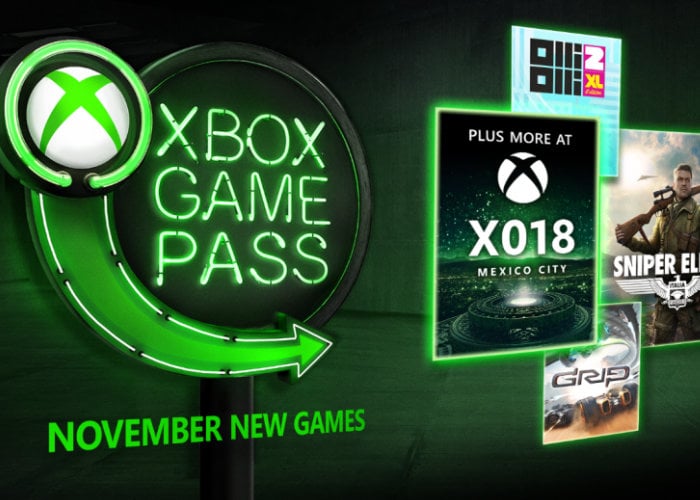 Microsoft and Major Nelson has once again released a new episode in the ongoing This Week On Xbox series for the week commencing November 2nd 2018. This week’s episode features new Xbox Game Pass additions, November’s Games with Gold, the announcement of Mixer Season 2, several new Backward Compatibility games and more.

Microsoft is adding five more games to the Xbox Game Pass catalog in November expanding the ever-growing list of over 100 games even further. Starting from November 1st Xbox Game Pass members can jump into Sniper Elite 4, Olli Olli 2 XL, Rise and Shone, Sheltered, and then on November 6 the same day as its debut on Xbox, Grip: Combat Racing.

“Sniper Elite 4 : Combining complex ballistics, stealth gameplay, and third-person action, Sniper Elite 4 is the latest entry of this World War 2 combat series. This time featuring some of the largest and most diverse environments to navigate than ever before as you’re tasked to liberate wartime Italy from the iron grip of fascism.”

“Olli Olli 2 XL Edition : Achieve new levels of control and expression as you skate, trick, and grind through 100 different levels with a new expanded combo system including Manuals, Reverts, Revert-Manuals, and Grind-Switching. Take on friends in Combo-Rush, a local-multiplayer mode for 2-4 players or when it’s time to chill, Free-Skate mode offers extended levels to learn the ropes, nail those tricks, or simply cruise and flow..”