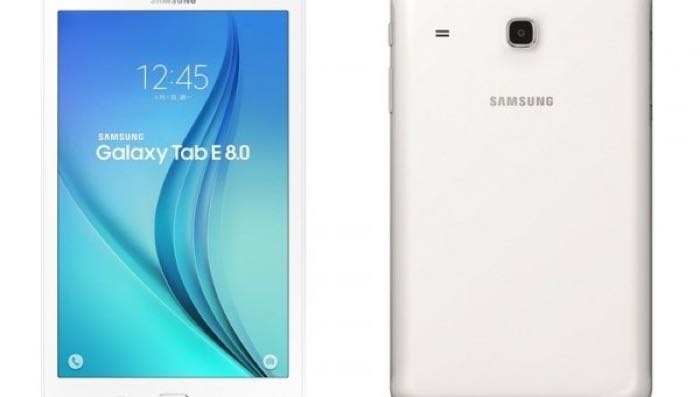 Samsung has launched a new version of their Galaxy Tab E in Taiwan, the tablet comes with an 8 inch display.

The Samsung Galaxy Tab E 8.0 features an 8 inch display that has a resolution of 1280 x 800 pixels and the device is powered by a quad core Snapdragon 410 64-bit processor and it also features an Adreno 306 GPU and 1.5GB of RAM.

Other specifications on this new Android tablet include 16GB of built in storage and a microSD card slot which supports up to 128GB cards.

The new Tab E 8.0 also comes with 100GB of OneDrive cloud storage and it is running Android 5.0.1 Lollipop. Connectivity comes in the form of WiFi, Bluetooth and 4G LTE it also feature A-GPS, a USB 2.0 and dual cameras.

Samsung will be selling their new Samsung Galaxy Tab E 8.0 in Taiwan for TWD 8,990 which is about $270 at the current exchange rate, as yet there are no details on whether it will be made available in other countries.