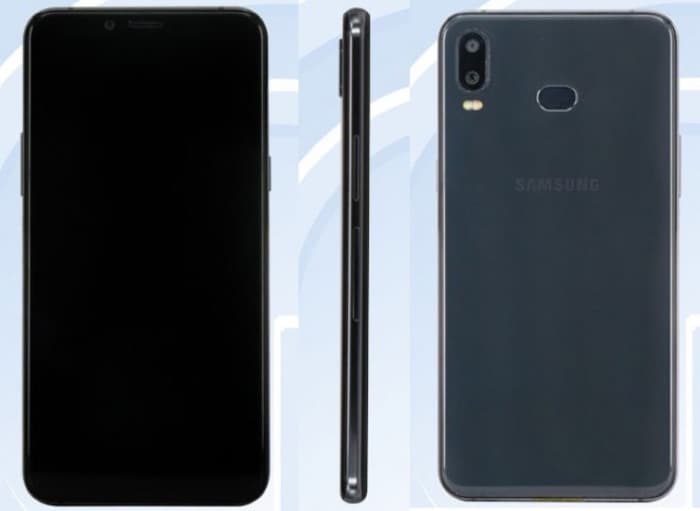 We recently heard a rumor about the new Samsung Galaxy P30 smartphone and now the handset has been spotted on TENAA.

TENAA is china’s equivalent of the FCC and this suggests that the new Galaxy P30 smartphone should be launching some time soon.

The pictures above shows the design of the handset, it was previously rumored to have an in display fingerprint sensor, although it would appear that was incorrect. The photo shows a rear fingerprint scanner on the device.

The Samsung Galaxy P30 is rumored to come with a 5.99 inch LCD display, a 3300 mAh battery and choice of 64GB or 128GB of storage. The handset will also be available in a range of different colors which will include Black, Red, Pink and Blue. As soon as we get some more details about the handset, we will let you guys know.