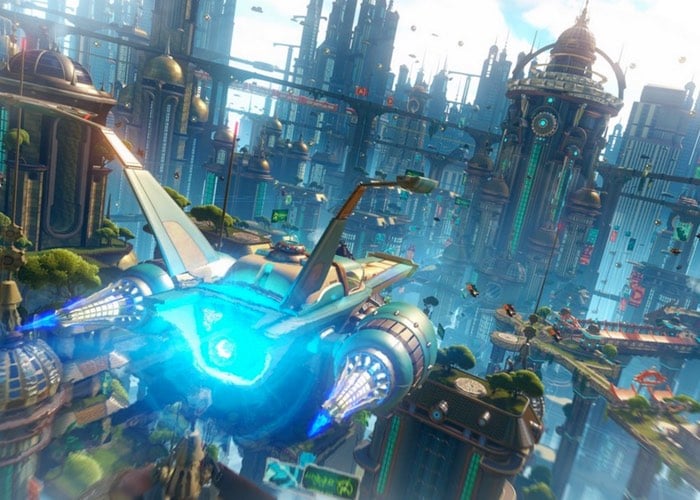 Ratchet & Clank fans will be pleased to know that a new trailer has been released this week providing more information about the storyline you can expect from the upcoming game.

The latest Ratchet & Clank game will be available to purchase from April 12th, 2016 and the movie created by Gramercy Films launches shortly afterwards on April 29th, 2016, with both movie and game tying in together.

Check out the latest trailer alone to learn more about the new Ratchet & Clank title that will be available to play on Sony’s next-generation PlayStation 4. James Stevenson from Insomniac Games Has taken to the official PlayStation blog this week to explain more about what you can expect.

The film and game are designed as complementary pieces. They tell the same origin story of Ratchet & Clank battling Chairman Drek, with the same major beats and character arcs. The film focuses a touch more on character development and the game is a bit more focused on the action that happens between the scenes. Our goal was to take advantage of what each medium does best.

But the game has a major departure from the film: the game is narrated by Captain Copernicus L. Qwark. So you get Qwark’s skewed self-serving version of events to set up a different way to experience the story. He gets all the big details right, but the little asides are all him. As you watch our new trailer for the game (And play it for yourself next month!) — you’ll have to ask yourself: can Qwark be trusted?

For more information on the new Ratchet & Clank game jump over to the PlayStation Blog website for details via the link below.