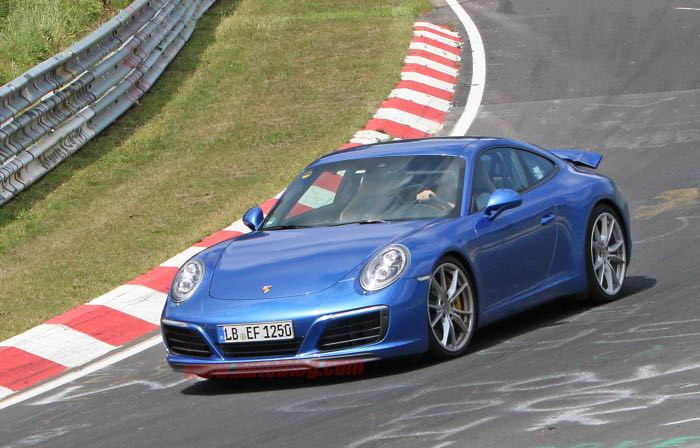 Porsche are working on a new facelift version of their Porsche 911, the current model is the 991 and now the 991.2 has be spotted at the Nurburgring.

Other changes to the car include some new headlights with LED strips, plus some new door handles, a ventilated rear engine cover and also a new rear bumper, new rear lights and a different exhaust. 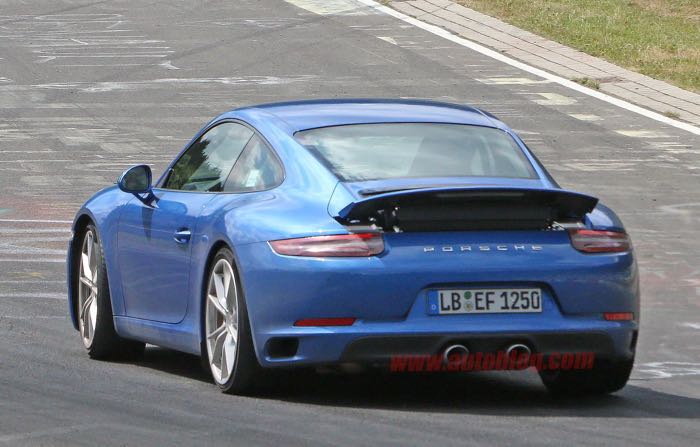 The updated 911 seen in the photos is apparently a new variant of the 911 that has been rumored for a while, the Porsche 911 GT.

As yet there are no details on when the new Porsche 911 GT will launch, as soon as we get some more details, we will let you guys know.