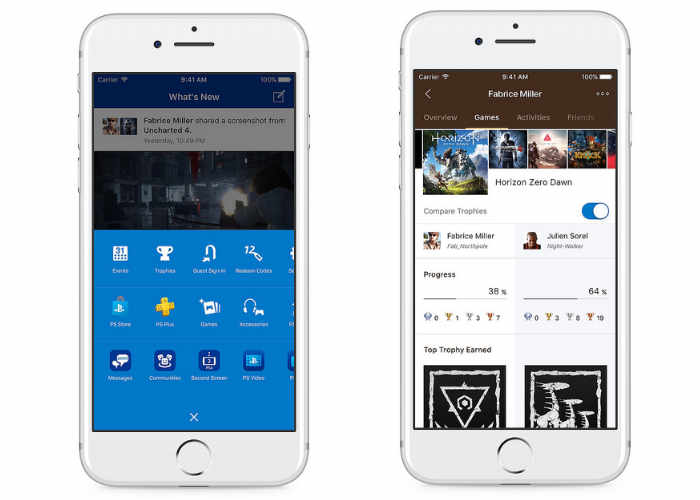 Sony has announced a new PlayStation app redesign has been rolled out to both iOS and Android devices today providing a completely revamped experience for PlayStation gamers. The new PlayStation Mobile application has been created to enable gamers to stay connected to their PlayStation 4 experience wherever they may be and now includes new navigation features at the bottom of the homepage for What’s New, Friends, and your Profile.

The new PlayStation app redesign makes it easier for users to switch between viewing who’s online, what they are playing, and keeping up with the latest activities and articles from friends and the PS community. The PlayStation smartphone application also allows you to access areas such as the PlayStation Store, voucher code redemption, and other popular sections such as Events, Trophies, PlayStation Plus, and a list of new and upcoming PlayStation 4 games. Sony explains more :

After the update, the Live from PlayStation feature will no longer be accessible on PS App but you will still be able to spectate the countless game broadcasts from the dashboard of your PS4. Also, the PS4 Second Screen functionality is now a separate standalone app, allowing you to easily switch between its features and the PS App. Just as a reminder, Second Screen can be used as a keyboard to enter text on your PS4 from your mobile device, and also works with games that have a Second Screen feature. If you don’t already have PS App installed in your mobile devices, it’s free to download through the App Store on iOS 9.0 or later and through Google Play on Android 4.1 or later. There are more improvements coming to PS App in the future, so stay tuned!