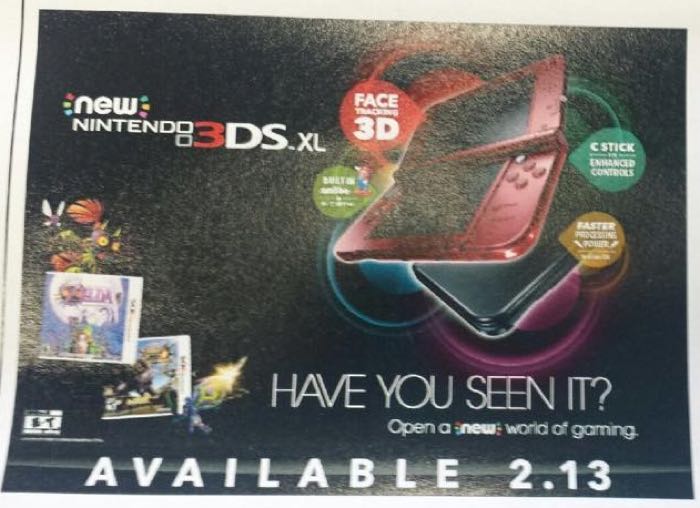 The new Nintendo 3DS XL was announced for Japan back in August of last year, and now it looks like the device will launch in the U.S. next month.

The guys over at Ars Technica have received some information from Gamestop on the release date of the new Nintendo 3DS XL.

The release date for the new Nintendo 3DS XL for the U.S will be the 13 of February 2015, and Gamestop will apparently start taking pre-orders on the device today.

The new version of the handheld gaming console will play all of then existing 3DS games, it comes with more processing power than the previous version.

As yet there are no details on the exact retail price of this updated version of the Nintendo 3DS XL, as soon as we get some more details, we will let you guys kbow.