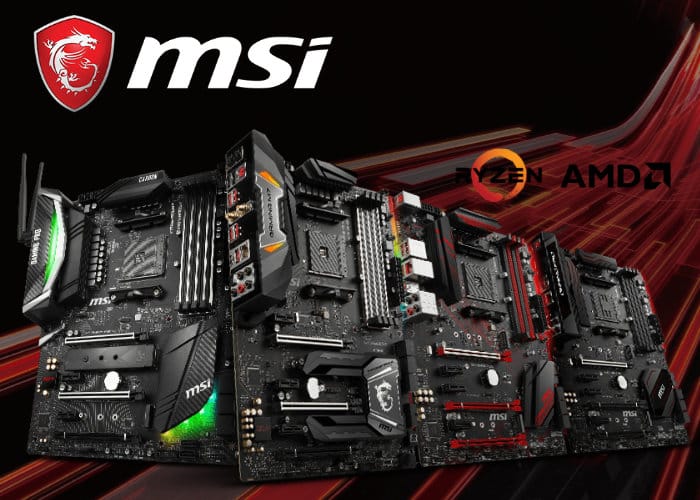 MSI Explains a little more about the DDR4 Boost feature included on their latest range of motherboards “The technological enhancements of DDR4 Boost allow for more stability at higher memory speeds compared to other brands.M.2 Shield FROZR is present to make sure SSDs never throttle. Being integrated with the M7’s heatsink design allows thicker materials to be used to cool SSDs. That way M.2 Shield FROZR prevents throttling of SSDs even better than ever, allowing them to continuously operate at maximum performance during long gaming sessions.” For more details and full specifications on all the new additions to the MSI AMD X470 Gaming motherboards range jump over to the official MSI website.