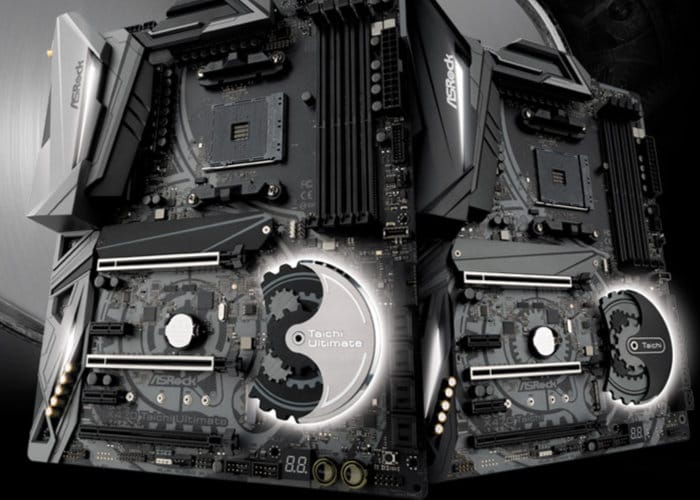 A new range of fully featured motherboards has been launched by ASRock this week in the form of the ASRock AMD X470 motherboard series which takes pride of place within ASRock’s new high end product line, the Taichi Ultimate. Expanding the company’s ever-growing range of AMD supported hardware the new motherboards offer support for AMD processors and feature the powerful X470 chipset.

“These and other high-end ASRock boards now bring users astounding networking speed that accelerates gaming, file transfer, SOHO performance, and other office usage, by providing AQUANTIA AQtion 10Gb/s super-fast Ethernet on board. Adding to their appeal, these boards feature ASRock’s addressable onboard LED header technology which gives users the ability to easily create their very own unique, personal lighting effects. Now, by using ASRock’s new RGB Sync software – which has the capability to sync illumination patterns with the performance of other computer components, any user can quickly design their own one-of-a-kind dynamic lighting display which not only provides a quick visual overview of system performance but is also beautiful and eye-catching.”

For more information on the new ASRock AMD X470 motherboard range and full specifications jump over to the official ASRock website by visiting the link below.