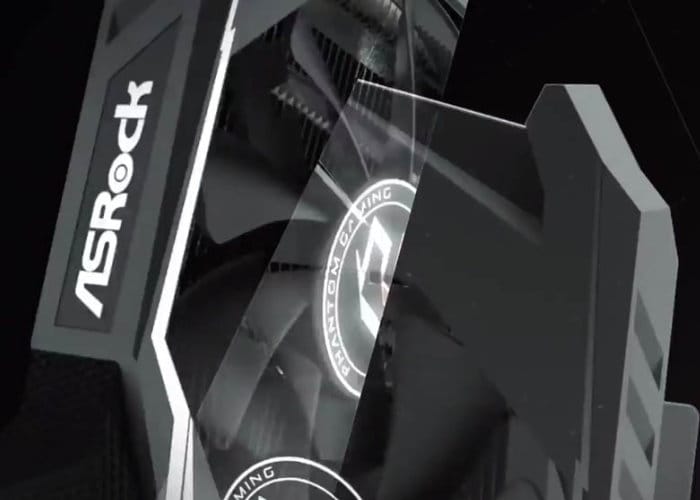 Following on from previous rumours that hardware manufacturer ASRock was gearing up to enter the graphics card market. The motherboard manufacturer has this week released a teaser video for its new upcoming Phantom Gaming graphic card series, confirming that the company will soon be making available a range of graphics cards aimed at gamers.

Very little is known about the Phantom Gaming Series and exact models have not been officially announced as yet, but the range is expected to be based on the AMD Radeon series of graphics processors. Check out the 30 second teaser video below which reveals a dual-slot design with a black and white theme and is equipped with two fans and a single 8-pin PCIe power connector.

Unfortunately, no more information on specifications, pricing or worldwide availability has been released as yet by ASRock, but as soon as information comes to light, we will keep you updated as always. Until then jump over to the official ASRock website to register your interest in being kept up-to-date as more information is rolled out on the possibly AMD Radeon-based card.

As soon as specifications for the new gaming graphics card are announced, leaked or made available we will keep you up to speed as always.