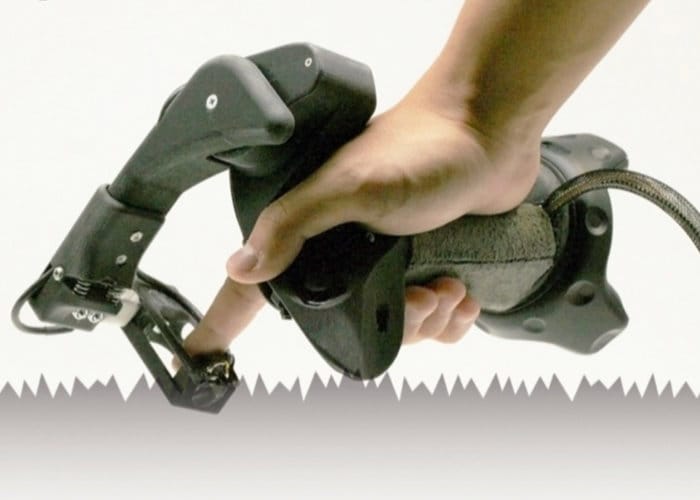 Microsoft has this week published a new research and development paper which reveals the first drawings and concepts for their ‘CLAW’ VR controller prototype. Microsoft describes the CLAW virtual reality controller as a device designed to “augment the typical controller functionality with force feedback and actuated movement to the index finger.” Watch the demonstration video below to learn more about the multifunctional handheld controller designed for augmented and virtual reality applications. 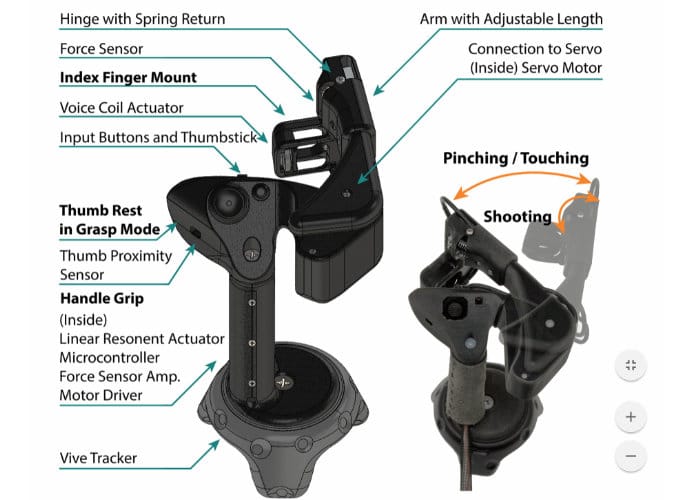 The Microsoft CLAW has been designed to mimic the feeling of grasping virtual objects and allows users to receive feedback when touching virtual surfaces. Microsoft researchers also explain within the paper that the controller is capable of changing its corresponding “haptic configuration” by sensing the differences in the user’s grasp. 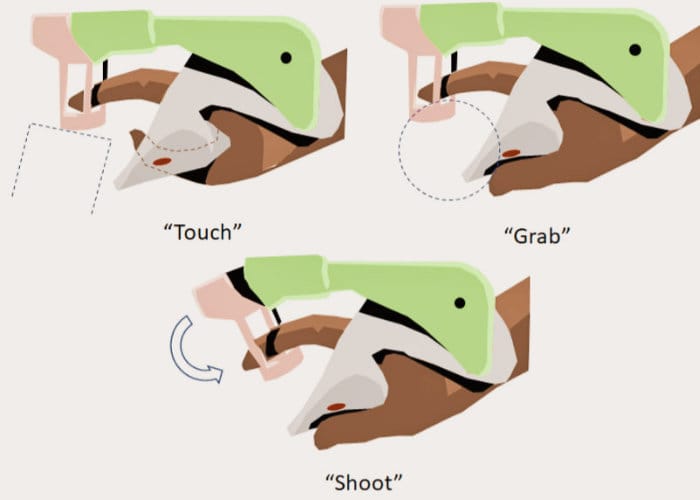 As you can see within the video the prototype controller is fitted with a Vive Tracker for positional tracking and equipped with a servo motor coupled with a force sensor which applies force on the index finger during grasping and touching. The CLAW controller can also be reconfigured into a trigger mode that delivers haptic force feedback to simulate pulling a trigger on a gun if required. For more details and full specifications jump over to the official Microsoft research paper by following the link below.

As you might have already expected due to the controller still being in its prototype stages of development, no details on worldwide availability or pricing have been announced by Microsoft at the current time, but the sooner more information becomes available we will keep you up-to-date as always.