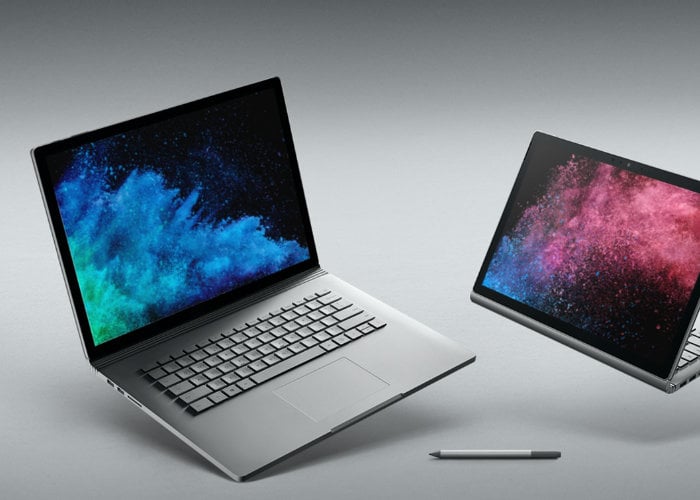 Microsoft has this week announced the launch of a new Surface Book 2 adding to the range which first appeared back in 2017. The latest addition to the range is $500 less than previous starter systems although a few features have been removed by Microsoft. Priced at 1999 the new Surface Book 2 is equipped with 16GB of RAM and a 256GB SSD powered by 7th generation Intel Core i5 processor. Offering a cheaper alternative to the previously launched Intel Core i7 processors.

Crafted of premium, lightweight materials, Surface Book 2 adapts to the way you work and create. Draw or paint in Studio Mode using Surface Pen and Surface Dial. Render huge 3D files or edit 4K video in Laptop Mode. Watch videos and present in View Mode. Or, detach the screen to Tablet Mode and collaborate on the fly.

To configure your new Surface Book 2 jump over to the official Microsoft Store by following the link below.