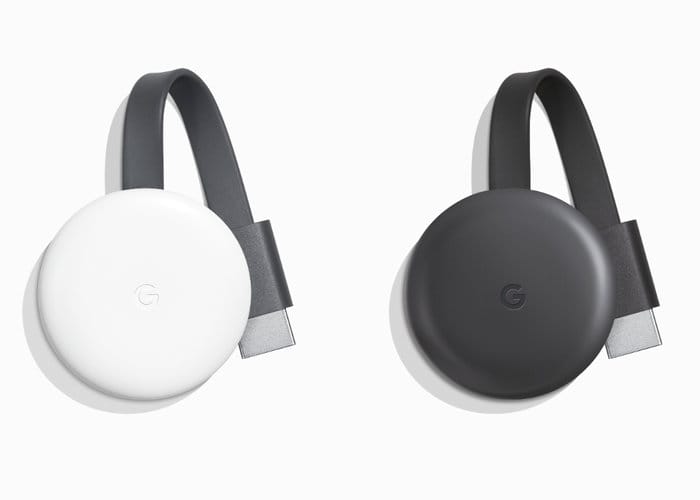 In its first update since 2015 Google has launched a new Google Chromecast streaming dongle making their latest device available in either black or white finishes for $35. Sporting a Matt finish with rounded edges the new Google Chromecast is now 15 percent faster than previous devices and offers 1080p 60fps video streaming.

The new third generation Google Chromecast devices are equipped with an upgraded wireless antenna offering faster 5GHz performance. While the device was making its way through the FCC earlier this year it was revealed that the maximum antenna gain of 4dBi compared to the outgoing Chromecast’s 2.1dBi, offers roughly a 50 percent improvement.

Google has sold more than 55 million Chromecast devices have been sold by Google providing in excess of 1.5 billion stream requests from tens of thousands of apps, explained Google. For more details on the latest Chromecast streaming dongle to be released by Google jump over to the official online store by following the link below for purchasing options in your location.