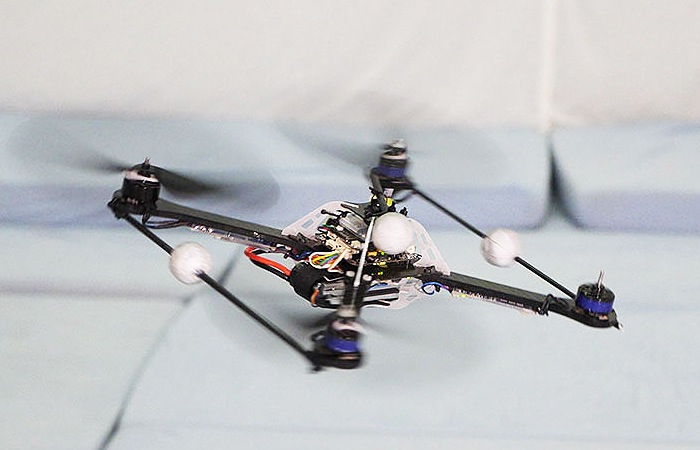 Using the new quadrocopter automatic failsafe algorithm the failure is detected automatically by the system and it responds accordingly to correct the loss of the fourth propeller and finally executes a controlled, soft landing, on the user’s command.

“The failsafe controller uses only hardware that is readily available on a standard quadrocopter, and could thus be implemented as an algorithmic-only upgrade to existing systems. Until now, the only way a multicopter could survive the loss of a propeller (or motor), is by having redundancy (e.g. hexacopters, octocopters).

However, this redundancy comes at the cost of additional structural weight, reducing the vehicle’s useful payload. Using this technology, (more efficient) quadrocopters can be used in safety critical applications, because they still have the ability to gracefully recover from a motor/propeller failure.”

For more information on the new automatic failsafe algorithm for quadrocopters jump over to the Robohub website for details.