If you are worried about the world being taken over by robots as depicted by Hollywood in numerous movies of the years, you might want to look away now. As the next evolution of the humble Quadricopter drone is already with us.

We have already seen Quadricopter drones fly in formation, toss and catch sticks between them and now they have been equipped with claws enabling them to grab objects with precision at extreme speed. Watch the video after the jump to see the Quadricopter in action. 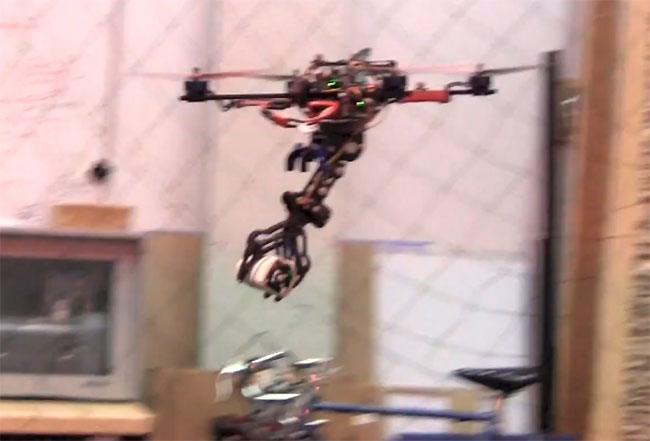 Drawing inspiration from nature particularly  the way eagles capture their prey on the move, the new drones have been equipped with a similar man made claw system.

A team at Penn’s GRASP Lab, Justin Thomas and researchers have developed a flying Quadricopter drone that can grab an object using a single, three-fingered, 3D-printed claw, mimicking the action of a birds claw.

For more information on the new Quadricopter drone claw jump over to the NewScientist website for details.