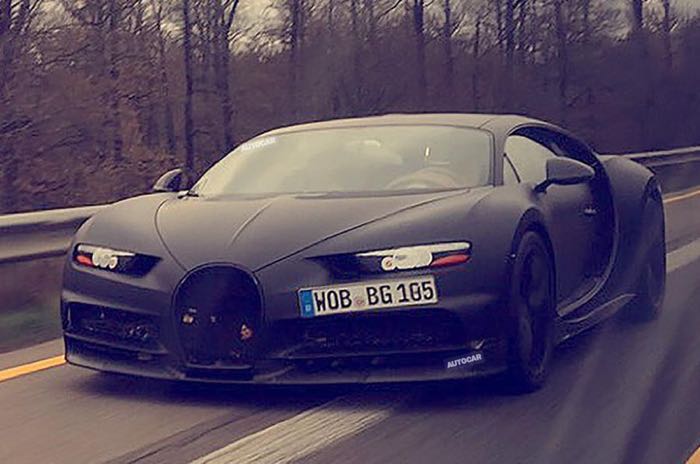 Bugatti recently announced that their next supercar, the Bugatti Chiron would debut at the 2016 Geneva Motor Show and now a new spy photo of the car has been revealed.

The photo above shows a heavily camouflaged Bugatti Chiron which is said to be one of the final prototypes of the car that Bugatti are in the process of testing.

The latest prototype shows the car with thinner LED headlight clusters and also a new front grill which is more prominent, the car also features a flatter bonnet.

The Chiron is expected to look slightly different than the one featured about when it launches next year, the car is expected to take some styling cues from the company’s Vision Gran Turismo concept that we saw previously.

The cars name comes from Louis Chiron, a grand prix racer in the 1920s and 1930s which drove for Bugatti and won the 1931 French Grand Prix with a Bugatti T51 and also has a number of other wins for the company.

The car will be made official at the 2016 Geneva Motor Show which takes place in March of next year, it is expected to come with a higher price that the Veyron it is replacing.