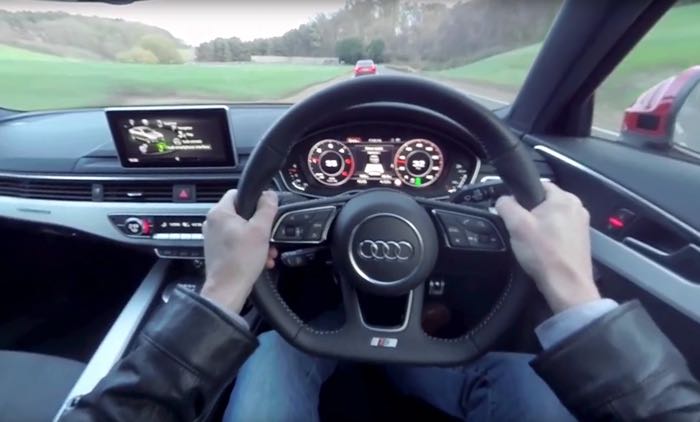 Audi has released a 360° Video for their new Audi A4 Saloon, you can see the video below which gives you a 360 degree look from inside the A4.

The video below is shown from the perspective of the driver, you can look around in any direction from inside the new A4.

The video has pushed 360-degree filming, which is still in its infancy, to the limit. For a realistic point of view, the camera had to be mounted where the driver’s head would naturally lie, making the car exceptionally difficult to drive. For this reason, previous 360-degree films have been shot from the perspective of the passenger or mounted on car exteriors.

Nick Ratcliffe, Head of Marketing for Audi UK, says: “This new film brings online consumers closer to one of our cars than ever before. Wherever they are, they can experience the interior and technology of the all-new Audi A4.  It is yet another example of the Audi philosophy of ‘Vorsprung durch Technik’.”

You can find out more information about the new Audi A4 over at Audi’s website at the link below.