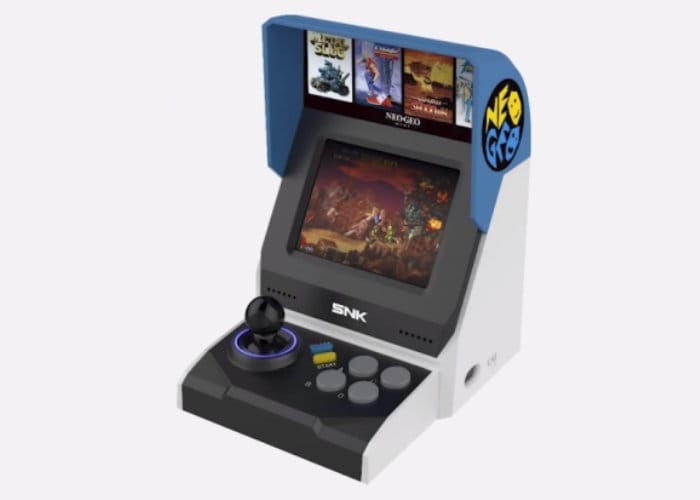 Ahead of its official launch next month on October 29th, 2018 the Neo Geo Mini Console International Version is now available to preorder from online retailers such as Amazon priced at £130. The in arcade console will include 40 classic Neo Geo games and apparently the International version includes 14 games not previously included in the Japanese Neo Geo Mini release. The mini desktop arcade system features a 3.5-inch display together with HDMI connection that runs at the ideal resolution for classic Neo Geo games. 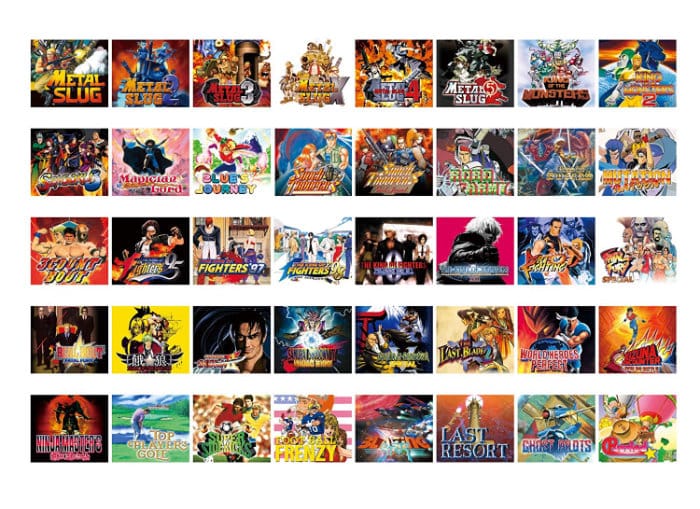 – Modelled on nostalgic NEOGEO arcade cabinet and features arcade style controls, stereo speakers and 3.5 inch display
– Connect to any portable power supply for the greatest arcade experience on the go – the NEOGEO fits perfectly into the palm of your hand (Dimensions – 152mm x 135mm x 108mm)
– HDMI output allows you to play all of these classic NEOGEO games via your TV for the ultimate big screen experience (HDMI Cable not included)
– Connect classic NEOGEO controllers (sold separately) for intense multi-player action and a more authentic home console feel
– Instant save and load functionality so that you can record your progress and pick up where you want, when you want 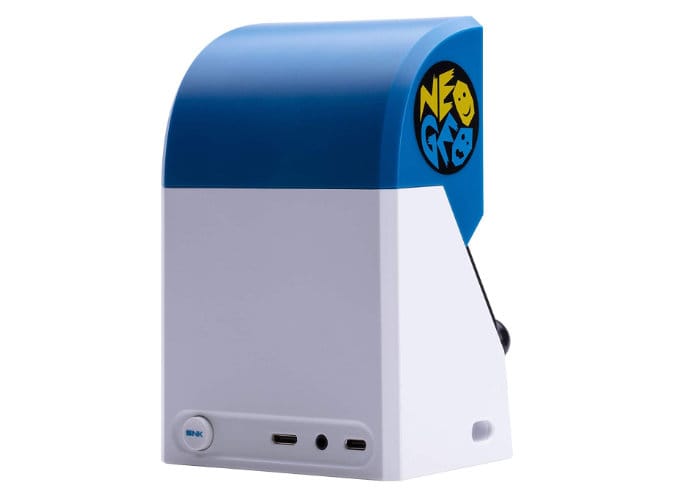 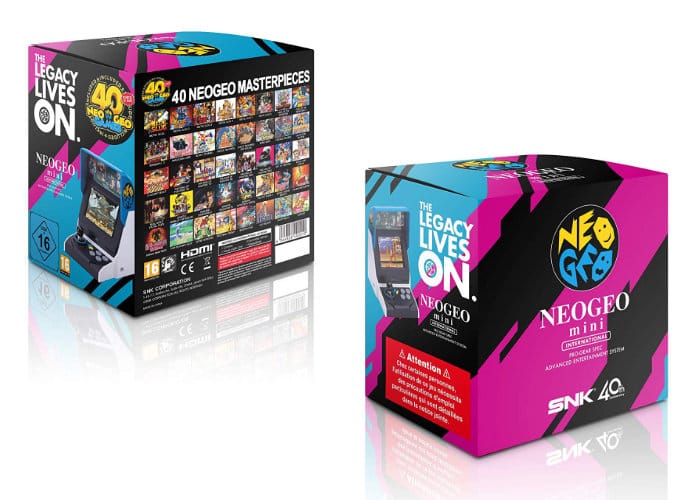 In addition to the NEOGEO Mini Console, Black and White controllers modelled after the classic Neo Geo home console pads are also now available to preorder price to £25 each and will be available as the same time as the desktop arcade game. Games you can expect to enjoy on the desktop arcade include :